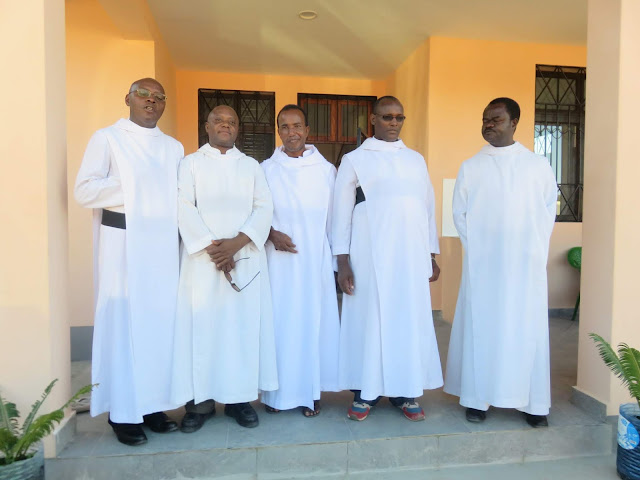 All Africa reports that Islamist terrorists last Tuesday destroyed a Catholic mission run by Benedictine monks at Awasse, in Mocimboa da Praia district, in the northern Mozambican province of Cabo Delgado, according to a report carried by the Portuguese news agency Lusa, citing the Bishop of Pemba, Luiz Lisboa.

The bishop said that four Tanzanian monks hid for two days in the bush, and then made their way across the border into Tanzania.

The new monastery building was only inaugurated in 2019 as a foundation of Ndanda Abbey in neighbouring Tanzania. It has been looted and outbuildings have been set on fire. More detailed information is not yet available.
The terrorists set fire to the residence of the monks, destroyed everything they had been building in Awasse, and stole a vehicle and various other equipment. There was no report of any loss of human life.

On Saturday terrorists attacked the village of Miangalewa, in Muidumbe, district, where they killed ten people. According to a source cited in Tuesday's issue of the independent newssheet "Mediafax", the bandits beheaded their victims.

The Order explains that, the Missionary Benedictines came to this region in 2015 at the request of the Bishop of Pemba to build a Benedictine centre with a clinic, a school for craftsmen and other social projects. The attack on the monastery occurred during a government offensive against the terrorists in the immediate vicinity of the monastery. The attack is a setback. However, it will not stop the work of the Benedictines in this region in the long term.
Edited from All Africa and https://www.osb.org/2020/05/19/terrorist-attack-on-missionary-benedictine-foundation-in-northern-mozambique/
Posted by Jesus Caritas Est at 11:21 AM