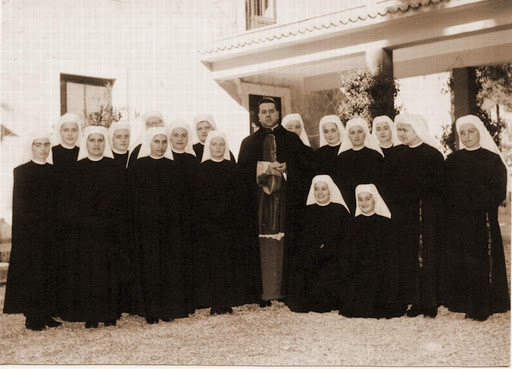 Vatican News reports that in an audience with Cardinal Becciu, Pope Francis authorizes the Decrees that will give the Church 4 Blesseds, representing the continents of South America and Europe, and highlighting their service to the poor, to the nations and to young people.
By Robin Gomes

Pope Francis on Friday took 3 men and 2 women a step closer to sainthood.  The Holy Father received in audience Cardinal Angelo Becciu, Prefect of the Congregation of Causes of Saints, and authorized the promulgation of 5 decrees. The candidates are from Argentina, Germany, Venezuela. Italy and Mexico.

The decrees concern 3 miracles, a martyrdom and another on heroic virtues.

Miracles
With the decrees, 3 miracles through the intercession of the following 3 candidates have been recognized:

- Venerable Servant of God Mamerto Esquiú, of the Order of Friars Minor, Bishop of Córdoba (Argentina).  He was born on 11 May 1826 in San Josè de Piedra Blanca (Argentina) and died on 10 January 1883 in La Posta de El Suncho (Argentina).

- Venerable Servant of God Franziskus Maria of the Cross (nee Johann Baptist Jordan), priest and founder of the Society of the Divine Saviour (Salvatorians) and of the Congregation of the Sisters of the Divine Saviour. He was born on 16 June 1848 in Gurtweil, Waldshut-Tiengen (Germany) and died on 08 September 1918 in Tafers, Fribourg (Switzerland).

- Venerable Servant of God José Gregorio Hernández Cisneros, a lay man, who was born on October 26, 1864 in Isnotú (Venezuela) and died on June 29, 1919, in Caracas (Venezuela).

Martyrdom
A decree recognized the martyrdom of the Servant of God Maria Laura Mainetti (nee Teresina Elsa).  A professed nun of the Congregation of the Daughters of the Cross, Sisters of Saint Andrew, she was born in Colico (Italy) on 20 August 1939 and killed Chiavenna (Italy), in hatred of the Faith, on 6 June 2000. (during a Satanic Ritual)

The candidates whose miracles and martyrdom have been recognized have been cleared for beatification, which is a step away from canonization or final sainthood.  Another miracle would be needed to clear their way for sainthood. (pictured above)

The superior general of the Congregation of the Missionary Catechists of the Poor was born August 26, 1908 in Durango (Mexico) and died in Monterrey (Mexico) on December 8, 1966. With this decree, she has been conferred the title Venerable Servant of God. The next step is beatification, for which a miracle is needed.
Edited from VaticanNews.va - Image Source: Google Images - filiedellacroce.it
Posted by Jesus Caritas Est at 9:37 PM