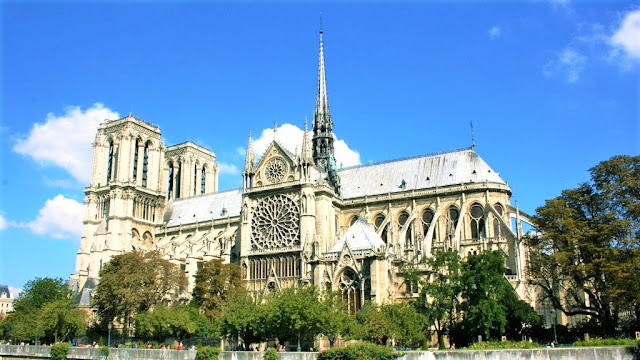 President Macron now wants an identical replica of the Notre-Dame crossing tower.    In the debate surrounding the restoration of the world-famous Church of Notre-Dame, there was a surprising turnaround on Thursday, according the Mirror. French President Macron, who originally called for a contemporary architectural restoration, has now changed his mind and, has now spoken out in favor of an identical reconstruction of the historic crossing tower of Notre-Dame cathedral. The reasoning for Macron's change of opinion is that the majority of the French have this wish. The commission responsible for the renovation subsequently announced yesterday that everyone had voted unanimously for an identical reconstruction of the tower. According to Macron, the reconstruction should be completed in five years.
Posted by Jesus Caritas Est at 7:39 PM