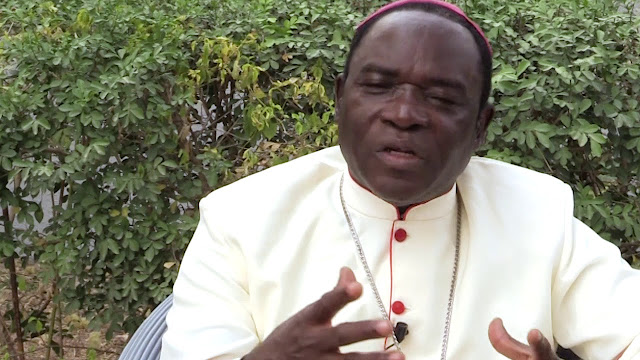 
The violence against Christians in Nigeria by Islamist militias and extremist Fulani shepherds constitutes genocide, said Bishop Matthew Hassan Kukah from Sokoto in northwestern Nigeria. In an interview with the worldwide Catholic aid organization “Church in Need”, Kukah emphasized that numerous Muslims also fell victim to the violence.


The bishop spoke about the assassination attempt on five development workers in the northern Nigerian state of Borno in late July. The terrorist militia "Islamic State West African Province" (ISWAP), a splinter group from Boko Haram, had published a video that shows the killing of development workers. According to local reports, three of them were Christians. The ISWAP had stated that the video should serve as a warning "to all those who are used by unbelievers to convert Muslims to Christianity".

In the central region of Nigeria, the attacks by militant Fulani herders continue. The attacks are a mixture of land conflicts due to climatic changes and religious clashes. According to Vatican News, the Commission of the Bishops' Conferences of the European Union (COMECE) announced in May of this year that around 6,000 Christians had been killed in Nigeria since 2015, “mainly by Boko Haram and militant Fulani shepherds, the terrorist attacks against Christian people Have perpetrated farmers ”.

When asked whether he agreed that that Fulani killings of Christians can be categorized as genocide according to international law, he said: “I believe so.” He added that Muslims were also victims of the violence: “These killings are not to be narrowed down to Christians because they have been far worse in the predominantlyMuslim north in such states as Katsina, Sokoto and Zamfara.”

“We hear promises from the United States and Europe and they all come to nothing,”
Bishop Kukah suggested the government is complicit in the violence.  “There are multiple levels of funding and, with time, terrorism has been able to fund itself by criminality, violence, kidnappings and it is feared that government may be funding these groups inadvertently largely because they have penetrated the security agencies,” said the bishop. “Governments have also paid huge sums of money for ransom and also ostensibly placate the terrorists, rescue kidnapped citizens, and so on.”


“Nigeria is failing its people. But the oil companies also make profits with what is left of the land. ”The bishop also criticized the western states. They would not have made any further efforts to help Nigeria: "We hear promises from the US and Europe, but they all peter out.
Edited from Aid to the Church in Need - Image Source: Screen Shot of Bishop Kukah