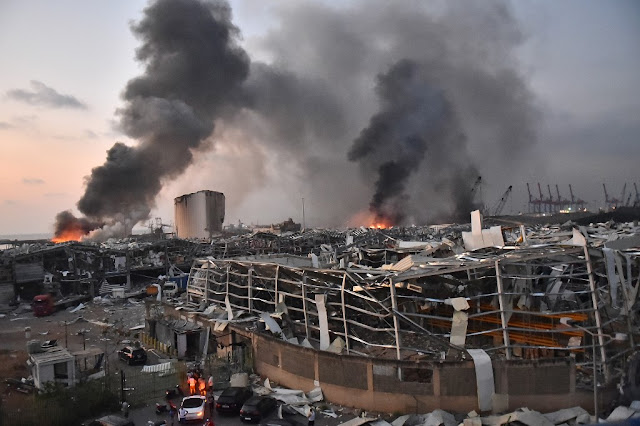 A huge explosion in the Lebanese capital Beirut has killed over 70 people and left more than 4,000 injured according to the health ministry.

The head of Lebanon's Red Cross said there were victims "everywhere - in all the streets and areas near and far".

He said the explosion was caused by more than 2,700 tonnes of ammonium nitrate left unsecured at a warehouse near the city's port for six years.

Video showed the moment a building several storeys high exploded, sending a huge shockwave across the city that was heard and felt as far away as Cyprus - more than 125 miles (200km) away.


Lebanon's internal security chief, Abbas Ibrahim, also said the blast might have been caused by highly explosive material confiscated from a ship and stored at the port.

Prime Minister Diab has called for a day of mourning on Wednesday.


The explosion in Lebanon accompanies its worst economic and financial crisis in decades - and tensions between Israel and militant Hezbollah group along Lebanon's southern border.