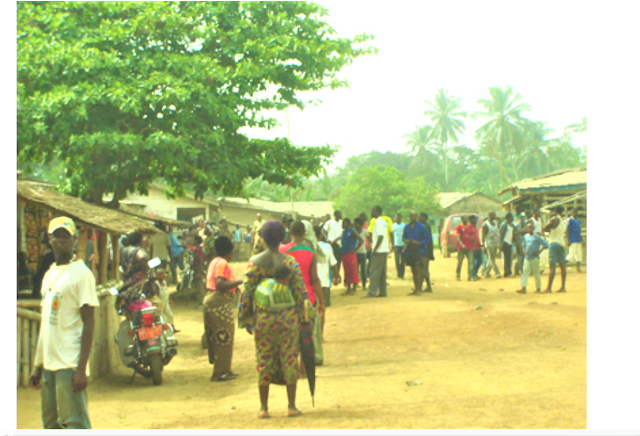 UNHCR, the UN Refugee Agency, strongly condemns an unprovoked and brutal attack on a site hosting 800 internally displaced people (IDPs) near the village of Nguetchewe, in Cameroon’s Far North region.

At least 18 people were killed and 11 injured in the incident during the early hours of Sunday 2 August when assailants threw an explosive device, thought to be a grenade, into the makeshift camp while people were sleeping.

Some of the wounded were evacuated to Mokolo district hospital, an hour’s drive from Nguetchewe.

Some 1,500 people, including terrified residents of the hosting village, have fled to the nearby town of Mozogo for safety.

UNHCR is deploying an emergency mission to assess the situation and evaluate the protection and health needs of those affected.

Local communities in this impoverished area are often the first responders to those fleeing growing insecurity and violence in the area which covers Lake Chad and north-east Nigeria. They are sometimes related and they share with them the few resources they have.

Against the background of growing insecurity, UNHCR anticipates enhanced community protection, shelter, water and sanitation will be needed as the country responds to the COVID-19 pandemic.

UNHCR calls on all actors to respect the civilian and humanitarian character of IDP camps, and to respond promptly to the urgent needs of people who have fled violence and suffered multiple displacements.

This attack follows a significant rise in violent incidents in Cameroon’s Far-North Region in July, including looting and kidnapping by Boko Haram and other armed groups active in the region. The Far North region, tucked between Nigeria’s Borno and Adamawa states and Lake Chad, currently hosts 321,886 IDPs and 115,000 Nigerian refugees.

The incident is also a sad reminder of the intensity and brutality of the violence in the wider  the Lake Chad Basin region that has forced more than three million people to flee: 2,7m are internally displaced in Northeast Nigeria, Cameroon, Chad and Niger, while 292,682 Nigerian refugees fled into neighbouring countries.

Cameroon reports that since January this year, it has recorded 87 Boko Haram attacks on its northern border with Nigeria. Twenty-two of them were in the northern district of Mozogo alone.

Violent attacks have cost the lives of 30,000 people and displaced more than 3 million in Nigeria, Cameroon, Niger and Chad.
FULL TEXT Source: UNHCR