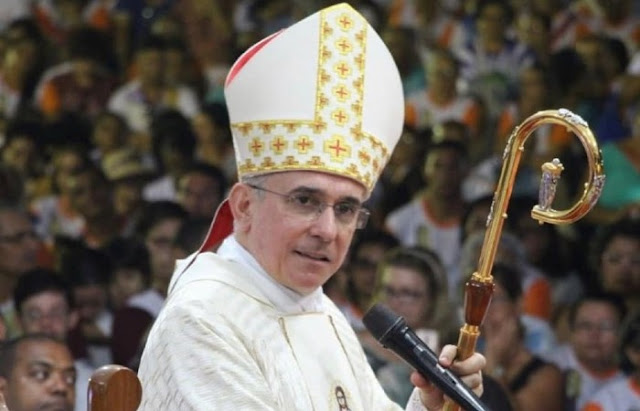 In Brazil, 21 Catholic diocesan priests have died from the coronavirus. It is reported that another
436  other priests are infected and 2 Bishops have also died from the virus.
The virus has infected many bishops, with nine infections and two deaths, the Italian news agency SIR reported on Thursday, referring to the Brazilian National Commission for Priests (NPC) at the country's bishops' conference. The two late bishops are Henrique Soares da Costa (age 57) and Aldo Pagotto (age 70).
The region "North 2", which includes the Amazon states Pará and Amapa, is most affected: there are said to be 58 infected and 6 deaths, closely followed by 57 patients and 3 deaths from the region Northeast 2, which are the provinces of Rio Grande do Norte, Paraíba, Pernambuco and Alagoas. In the metropolitan region of Sao Paulo, the commission has 38 positive records and one dead among the priests, in the northeastern state of Ceara 37 infected and four dead. Only in the state of Mato Grosso do Sul have there been no corona cases among the clergy.
Brazil is the second most affected country by the pandemic, after the USA, with 2.55 million corona infected people.
(with Infomation from : https://www.correiobraziliense.com.br/app/noticia/brasil/2020/08/06/interna-brasil,878969/brasil-tem-436-padres-diocesanos-infectados-covid-19-mortes-somam-21.shtml and Kath.net