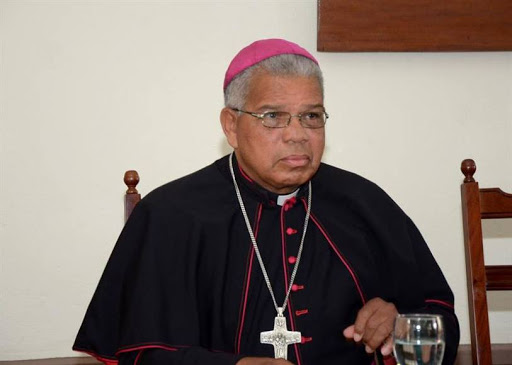 AMERICA/DOMINICAN REPUBLIC - The Archbishop of Santo Domingo: Church and government must work together in the fight against crime
Saturday, 19 September 2020
Santo Domingo (Agenzia Fides) - The authorities need to find an effective way to fight crime and insecurity affecting society. And, on the front of education to legality and a culture of mutual respect, justice and peace, the Catholic Church is ready to offer her contribution, for the common good of the country: this is what Metropolitan Archbishop of Santo Domingo, Msgr. Francisco Ozoria Acosta, who during the celebration of a thanksgiving mass yesterday for the new management of the national government, asked for the full support of the population and God's blessing on the rulers.
The Church, the Archbishop remarked, intends to offer her collaboration to create a social climate of harmony, peace and construction of the development and well-being of everyone, starting with the poorest. The relaxed relations with the civil authorities could be a benefit for the nation: after the celebration, the new Minister of Interior, Jesus Vásquez Martínez, called on members of the Catholic Church to be present and active in the local security commissions that are being created, in different cities, in order to build a culture of legality and help fight crime. The Minister expressed the hope to see "all sectors of society and civilians present in every municipality of the country, alongside the action of the national police, in order to fight crime and delinquency, starting from the culture and mentality of young people".
The Dominican Republic inaugurated a new government under the leadership of Luis Abinader in the midst of the global pandemic. On 5 July he was elected president with 52.52% of the votes.
In recent years, the scourge of violence has gripped the country: family and social violence has often involved the world of youth. In the past, the Dominican Bishops renewed an appeal for greater attention and investment in education, "a key point for the nation's take-off". And they have indicated poverty and corruption as factors that undermine civil coexistence and foster crime, on which the government is called to act promptly. (CE) (Agenzia Fides, 19/9/2020)