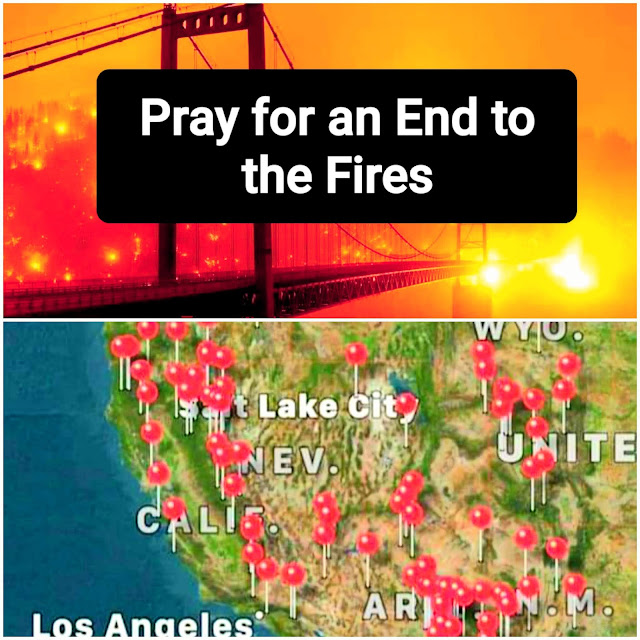 The Death Toll has risen to 33 people killed by the many wildfires in 3 US States. The search for survivors is on as wildfires rage in 3 western U.S. states, Califoria, Washington State and Oregon.
The fires have destroyed thousands of homes and half-dozen small towns, they have killed at least 33 people, with many missing.
Dozens of people are still missing, and authorities in both states fear that the receding flames could reveal many more dead across the states.
Millions of hectares have burned in weeks and "mass fatality" incidents are feared in Oregon.

Wildfires across California, Oregon and Washington state have destroyed thousands of homes and left a scorching a landscape the size of New Jersey since early August.


In Oregon, Gov. Kate Brown called the horrific fires a "once-in-a-generation event," and the director of Oregon's office of emergency management, Andrew Phelps, said authorities were bracing for the possibility of "mass fatality" incidents.

"There are going to be a number of fatalities, folks that just couldn't get warning in time and couldn't evacuate their homes and get to safety," Phelps told MSNBC on Friday.

At least six people have been killed this week in Oregon, according to state officials.

Twenty-seven fires were still raging across 1.47 million acres (594,000 hectares) in Oregon and Washington on Saturday, the Bureau of Land Management said on Twitter.
.
In California, tens of thousands of firefighters were battling 28 major wildfires .

Thick smoke and ash from the fires have covered the sky over the Pacific Northwest since Labour Day, making it some of the world's worst air-quality levels and driving residents indoors.

More than 4,000 homes and other structures have been incinerated in California alone over the past three weeks.