Church with Relics of St. Agatha Vandalized and Eucharist Desecrated in Sicily 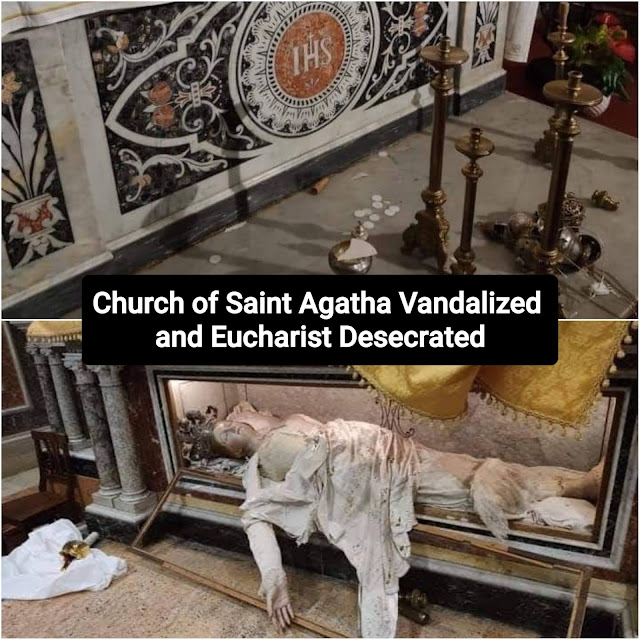 A Church in Sicily which contained the relics of St Agatha of Sicily was recently vandalized and the ‘body’ desecrated by the vandals.
According to local reports, the vandals broke into the Church of St. Agatha al Collegio in Caltanissetta, Sicily, Italy. They also vandalized the tabernacle.
They also stole some religious artifacts and depictions, broke Eucharist hosts. destroyed the depictions of the Virgin Mary at the alter. The main incorrupt body of St. Agatha is buried at the Church of the Abbey of St. Agatha in Catania. Some of her relics are at Church of St. Agatha al Collegio in Caltanissetta, a Church.
Two persons have already been arrested in connection with the incident after some of the stolen items were found in their possession.
Posted by Jesus Caritas Est at 10:14 PM