Conflict in Azerbaijan over Disputed Land - Fight between Armenians and Turkey - 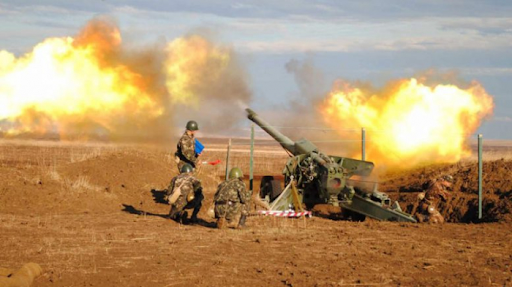 Turkey sent Syrian ISIS mercenaries to fight against the Armenians
The news is confirmed by AsiaNews sources and by the Observatory for Human Rights in Syria. Ankara hired them for $ 1800 a month for three months. "It is a holy war of Muslims against Christians". Armenian Premier Nikol Pashinian: If the war in the Caucasus does not stop soon, it will destabilize world peace.

Idlib (AsiaNews) - Syrian armed opposition sources contacted by AsiaNews, say that Turkey has sent 4,000 Syrian Isis mercenaries from Afrin to fight against the Armenians of Nagorno Karabakh. A few days ago land convoys reached Turkey and then Azerbaijan by air. The salary is 1,800 US dollars a month, for a duration of three months.

A leader of the Syrian terrorist group said: "Thanks to Allah, from September 27 until the end of the month another 1000 Syrian mercenaries will be transferred to Azerbaijan". AsiaNews sources also provided an audio recording of the operational nucleus of the Sultan Murat Brigade (an armed faction of the Syrian opposition, which enlists mercenaries to be sent to Libya as well) in which we hear: "Syrian volunteers are destined to be sent to front line on the Armenian-Azerbaijani border… and they will fight with the Azeris, that is, with the Shiites”.

In a talk show on the Syrian opposition broadcaster "Orient", which broadcasts from the Emirates, there was discussion about the deployment of Syrian mercenaries to Azerbaijan: they go to fight a war against "Crusader Christians" just as men are needed to fight Assad in Idlib, turning Syrian anti-Assad fighters into a source of transnational mercenaries enlisted by Turkey.

Among the guests of the talk show, there was the colonel of the Free Syrian Army, Aunt Hajj Obeid, a resident of Turkey, who denied that they were sending any Syrian "volunteers" to Azerbaijan. Colonel Zia was immediately interrupted by the presenter, who reminded him that initially they had also denied that Syrian mercenaries were being sent to Libya. Instead, after some were captured, it was no longer possible to deny. To date - he said - "we know that there are 35,000 pro-Turkish Syrian mercenaries in Libya".

The news of the sending of ISIS mercenaries to Azerbaijan is also denied by the spokesman for the armed opposition factions in Astana, Ayman Al Assemi, contacted by AsiaNews. Another source from Afrin, an opposition fighter from Jind al-Sham confirmed to AsiaNews that he had spoken with an Azerbaijani colleague fighting in Syria, and asked him why we are going to fight in Azerbaijan, alongside the Shiites, against the Karabakh. The latter replied: "Because it is part of the Jihad; it is a holy war of Muslims against Christians ”.

But in a video, one of the wounded terrorists advises his colleagues "not to go and fight in Azerbaijan!" (see video below). In another video, posted on twitter, trucks with militants are seen shouting "Allah akhbar!" (see here). Armenian sources say at least 89 Islamist mercenaries have been killed so far.

The news of the dispatch of 4 thousand Syrian mercenaries by Turkey was also confirmed yesterday by the Human Rights Observatory in Syria, based in London, of clear anti-Assad inspiration.

The president of the Republic of Karabakh, Arayik Arutyunian also spoke of 4 thousand fundamentalist mercenaries who had arrived from Syria and other countries in recent days. “This is not a war between Karabakh and Azerbaijan, or Armenia against Azerbaijan. It is a direct war by Turkey, by mercenaries alongside 10 million Azeris, against 3 million Armenians”.

“It is a war for survival - continued Arutyiunian - a war in which we can lose; but we cannot afford this luxury. Every defeat for us means the end of our nation. This is our homeland, we have no other, and we will win because we fight for our existence. The Azeris and Turkey are fighting for expansionism and anti-Armenian racial hatred”.

The Azerbaijani Foreign Ministry, despite images and videos disseminated on social media by armed fundamentalist groups - denied that there are Syrian mercenaries in Azerbaijan.

Yesterday, Pakistan also claimed to be alongside Azerbaijan against Armenia and Karabakh. The conflict is spreading dangerously.

Armenia believes that what is happening today is due to the weak reaction of the international community to the aggressions of 2016, when in the so-called "4-day war", Azerbaijan, supported by Turkey, welcomed ISIS fighters who perpetrated horrors against the helpless Armenian civilians.

Turkey participates directly, not only with official statements, but also militarily support alongside Azerbaijan: Turkish military jets fly over the skies and bomb towns.

The Premier of Armenia Nikol Pashinian warned that if the war in the Caucasus risks destabilizing not only the region, but world peace.

At present there are at least 100 Armenian civilian victims in Karabakh, as well as the destruction of homes, schools, hospitals, bridges and roads (photos 2 and 3). The Azeris claim to have occupied six Armenian posts and villages again.

According to AsiaNews sources, the notorious Syrian terrorist Abu Amsha (a native of the Sunni tribes of Hamah, photo 4), commander of the Suleiman Shah brigade, who became famous in the battles in Libya, also arrived in Azerbaijan. His men are defined as "the worst mercenary killers", also characterized by an extreme hatred towards "infidels" Christians.
FULL TEXT from AsiaNews IT
Posted by Jesus Caritas Est at 10:15 AM