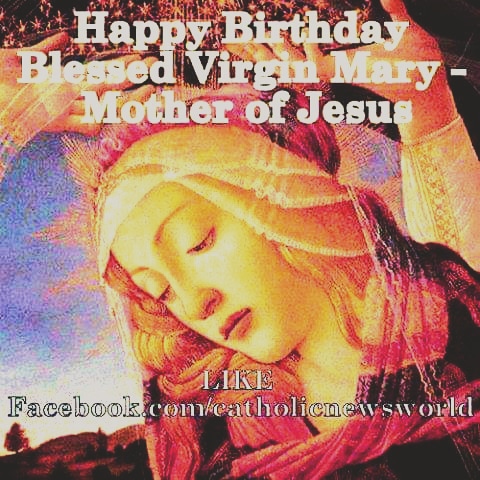 The Lord says this:
‘You, (Bethlehem) Ephrathah, the least of the clans of Judah,
out of you will be born for me
the one who is to rule over Israel;
his origin goes back to the distant past,
to the days of old.
The Lord is therefore going to abandon them
till the time when she who is to give birth gives birth.
Then the remnant of his brothers will come back
to the sons of Israel.
He will stand and feed his flock with the power of the Lord, with the majesty of the name of his God.
They will live secure, for from then on he will extend his power to the ends of the land.
He himself will be peace.’

The Word of the Lord.

We know that by turning everything to their good God cooperates with all those who love him, with all those that he has called according to his purpose. They are the ones he chose specially long ago and intended to become true images of his Son, so that his Son might be the eldest of many brothers. He called those he intended for this; those he called he justified, and with those he justified he shared his glory.

2. Let me sing to the Lord for his goodness to me,
singing psalms to the name of the Lord, the Most High.   Response

Gospel Acclamation
Alleluia, alleluia!
Blessed are you, holy Virgin Mary, and most worthy of all praise,
for the sun of justice, Christ our God, was born of you.
Alleluia!

A genealogy of Jesus Christ, son of David, son of Abraham:

This is how Jesus Christ came to be born. His mother Mary was betrothed to Joseph;but before they came to live together she was found to be with child through the Holy Spirit. Her husband Joseph; being a man of honour and wanting to spare her publicity, decided to divorce her informally. He had made up his mind to do this when the angel of the Lord appeared to him in a dream and said, ‘Joseph son of David, do not be afraid to take Mary home as your wife, because she has conceived what is in her by the Holy Spirit. She will give birth to a son and you must name him Jesus, because he is the one who is to save his people from their sins.’ Now all this took place to fulfil the words spoken by the Lord through the prophet: ‘The virgin will conceive and give birth to a son  and they will call him Emmanuel, a name which means ‘God-is-with-us’.
Prayer to Make a Spiritual Communion-
People who cannot communicate now make spiritual communion.
At your feet, O my Jesus I bow down and offer you the repentance of my contrite heart, which abysses itself into its nothingness and Your holy presence. I adore you in the Sacrament of Your love, the ineffable Eucharist. I wish to receive you in the poor home that my heart offers you. In anticipation of the happiness of sacramental communion, I want to possess you in spirit. Come to me, oh my Jesus, that I may come to you. May Your love inflame my whole being, for life and death. I believe in you, I hope in you, I love you. So be it. Amen
Posted by Jesus Caritas Est at 11:09 PM