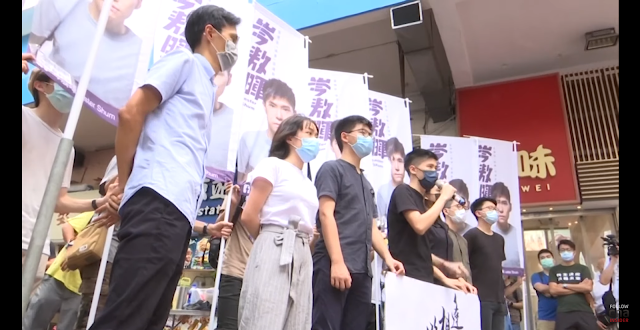 Asia News It report: UN: Hong Kong security law violates fundamental rights
The reprimand is contained in a letter sent to the Chinese government. China must appoint an independent authority to check whether the legislation is in line with its international obligations. A request that the traditional citizen freedoms be respected. Concern for the extraterritorial measures provided for by the provision.

The body sent a letter sent to the Chinese government on 2 September, published today on the Office's website. In the missive UN experts ask China to appoint an independent authority to check whether the legislation is in line with its international obligations on respect for human rights.

The provision, which entered into force on June 30, introduces the crimes of separatism, subversion, terrorism and collusion with foreign forces. The Chinese Communist Party claims to have adopted it to restore order; the anti-Beijing front, which for a year has been demonstrating for democracy in Hong Kong and to safeguard its liberal system, accuses the Chinese leadership of wanting to stifle the democratic aspirations of the population.

The UN has already criticized China for the arrest of some pro-democracy exponents under the new law. On August 10, Hong Kong authorities arrested the pro-democracy tycoon, and owner of the Apple Daily newspaper, Jimmy Lai.

The businessman was jailed - only to be released on bail - along with nine other people, including two of his children. Lai and the others are accused of having "collaborated with foreign forces" and "conspired for the purpose of fraud."

According to Fionnuala Ni Aolain, UN special envoy for the protection of human rights, and the other six signatories of the document, the law is contrary to the international agreements signed by Beijing. They stress that the measures introduced by the Asian giant should not be used to "restrict and limit fundamental freedoms, including those of opinion, speech and peaceful assembly".

The UN Office also expresses concern that the draconian legislation considers illegal many activities carried out by human rights lawyers, which are instead to be considered "legitimate". It also invites the Beijing executive to explain how it intends to implement the extraterritorial measures contained in the provision.
Source: Asia News IT
See Also: https://news.un.org/en/story/2020/07/1067682
Posted by Jesus Caritas Est at 10:09 AM