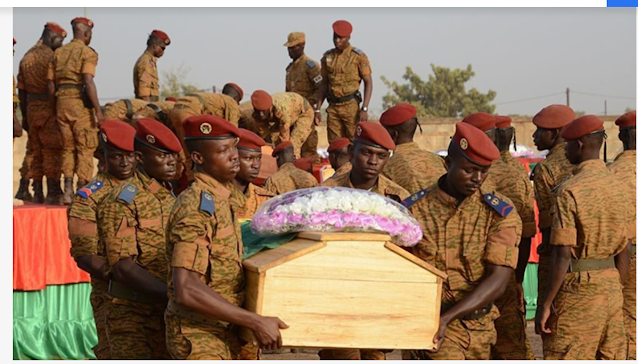 Ouagadougou (Agenzia Fides) - On the night of October 4 and 5, at least 25 people were killed in an attack on a humanitarian convoy in Burkina Faso.

"25 people - all men - died and another was seriously injured after a convoy carrying 46 people was ambushed by an armed group near Pissila in Sanmatenga province", said a report by the United Nations High Commissioner for Refugees (UNHCR).

"During this attack, the men were separated from the group and executed. One of them survived because he was believed to be dead. Women and children were released while the armed group fled", the UNHCR said. The survivors managed to reach the city of Pissila, nine kilometers from the site of the attack.

The north of the Country is the area hardest hit by jihadist violence, which has killed more than 1,100 people and caused more than a million displaced persons to flee the conflict areas. According to the United Nations, a total of 4,000 people died in 2019 in Mali, Niger and Burkina Faso in jihadist attacks and conflicts between the tribal communities.

Burkina Faso is now the Country with the fastest rate of growth in the number of displaced persons, with more than one million people - or more than one out of twenty - who are displaced due to outbreaks of violence.

At the opening of the 71st session of the UNHCR Executive Committee on Monday 5 October, High Commissioner for Refugees Filippo Grandi expressed particular concern about the humanitarian situation in the Sahel. "Few situations have shocked me so much. Last year alone, more than 600,000 people were forced to leave their homes (...) and the worst part is the thousands of women raped", said Filippo Grandi, who as a diplomat has extensive experience in humanitarian crises.

However, the deep roots of the instability that the Countries of the region have sunk in (in addition to those mentioned there are also conflicts in the Central African Republic) are not only ethnic or religious, but economic and social aspects also play a role, according to a current study by the Catholic Relief Services (CRS), entitled "Steps Towards Peace" (see Fides, 6/10/2020). (L.M.) (Agenzia Fides, 8/10/2020)