Saint October 31 : St. Wolfgang a Bishop and Patron of Apoplexy, Carpenters, and Strokes 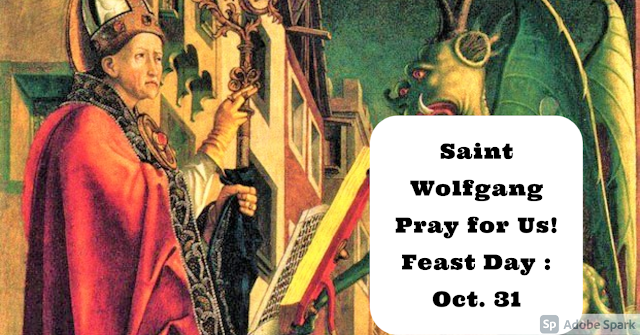