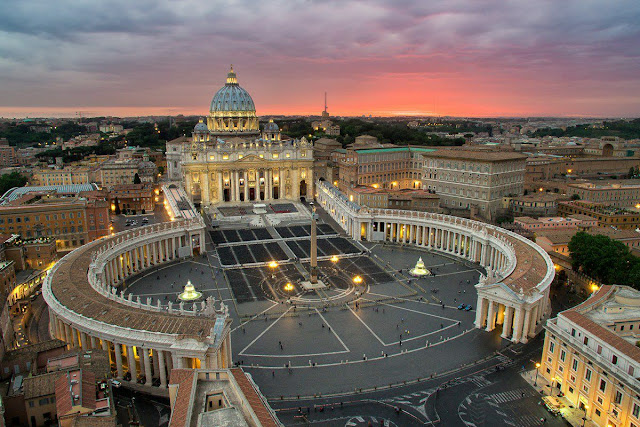 The assessment team of the Committee of Experts on the Evaluation of Measures against Money Laundering and the Financing of Terrorism initiates  visited the Vatican. This visit is held in the context of the Fifth Evaluation Round, agreed upon 2019, to which all the member jurisdictions of Moneyval are subjected.

The scope of this phase of evaluations is to assess the effectiveness of the legislative and institutional measures adopted by the jurisdictions in recent years for the prevention of money laundering and the financing of terrorism.

According to Rome Reports Cardinal Pietro Parolin, Vatican Secretary of State, said,
“This is what the pope wants: transparency, linearity, commitment—to correctly manage, based on the need of the Church and the poor, the money the faithful offer to the Church.”

Juan Antonio Guerrero, Prefect of the Secretariat for the Economy, made the Holy See's financial statements public. They're the balance sheets of the work of the pope, the Vatican's 60 departments and the 125 nunciatures spread around the world.

Fifty-three percent of its income came from real estate management and financial revenues, about $192 million.

Eighteen percent came from external donations, including from dioceses and the faithful (about $65 million).

Fifteen percent, or about $52 million, came from fees to visit the catacombs as well as book and photograph sales.

The rest, another 14 percent, or about $50 million came from donations from Vatican City and from IOR, the Vatican's bank.

The pandemic will make matters more complicated next year. The deficit in 2019 amounted to about $13 million. Next year, this number could be between 80 and 171 million.

Posted by Jesus Caritas Est at 9:28 AM