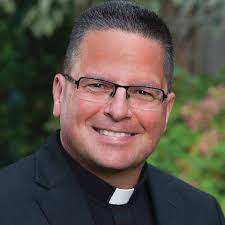 WASHINGTON—Pope Francis has appointed Rev. David Bonnar, a priest of the Diocese of Pittsburgh, as the Bishop of Youngstown.

The appointment was publicized in Washington, D.C. on November 17, 2020 by Archbishop Christophe Pierre, apostolic nuncio to the United States. The Diocese of Youngstown has been a vacant see since June 2020 following the death of Bishop George V. Murry, SJ.

Bishop-elect Bonnar was born on February 5, 1962 in Pittsburgh, Pennsylvania, and ordained to the priesthood on July 23, 1988 for the Diocese of Pittsburgh. Father Bonnar attended St. Gabriel Elementary School and Seton-LaSalle High School. He received a bachelor’s degree from Duquesne University in Pittsburgh and studied at the Pontifical North American College in Rome where he received a Bachelor’s in Sacred Theology (STB) in 1987 from the Pontifical Gregorian University in Rome.