US Bishops' President Criticizes Biden as he Supports Policies that "...undermine our preeminent priority of the elimination of abortion.”- Creation of Team to Deal with Policies 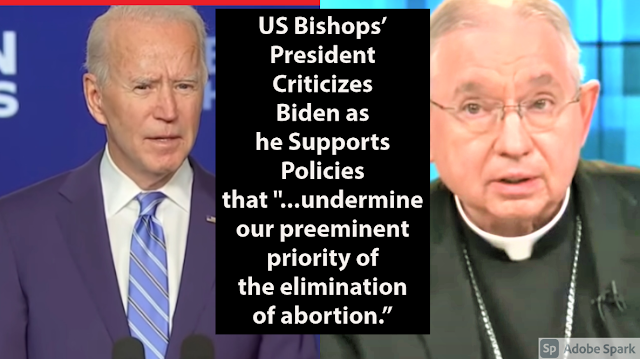