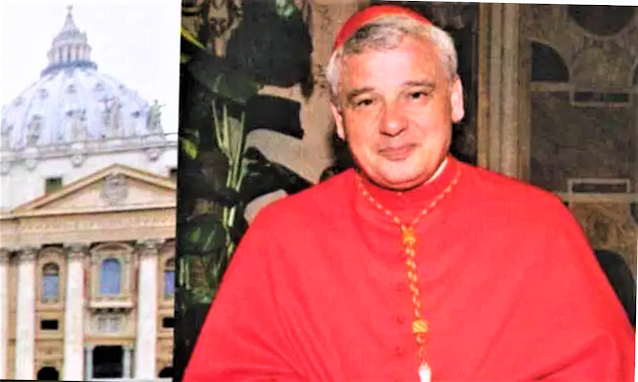 Two cardinals close to Pope Francis have contracted Covid-19. The  Papal social officer Cardinal Krajewski has the onset of pneumonia and is in the Gemelli Clinic - Cardinal Bertello also tested positive for the Corona virus. The Curia Cardinals Konrad Krajewski and Giuseppe Bertello have tested positive for COVID-19 and are feeling sick, according to reports from Italian media. As "La Repubblica" and "La Stampa" report, Krajewski (57) is being treated in the Roman Gemelli clinic for symptoms of pneumonia. The Polish cardinal had previously tested positive for the corona virus. The President of the Vatican State Administration, the Italian Giuseppe Bertello (78), is said to have also tested positive for the virus, according to the reports. Both cardinals belong to the immediate circle of Pope Francis: Bertello is a member of the Cardinal Council, Krajewski as almsman, who helps the poor. The Polish Cardinal and his team were often out on the streets of Rome helping the homeless and other people in need.