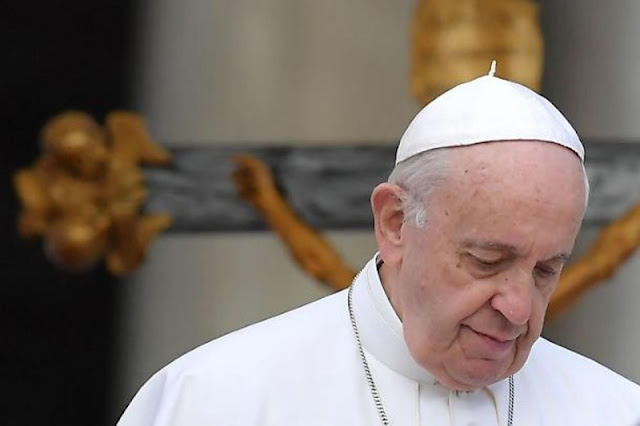 Pope Francis has commentated on the violence at US Capitol in Washington, DC saying 'Reject violence. It’s time for healing.'
Vatican News reports that in a Italian television interview to be aired on Sunday, Pope Francis spoke about the US Capitol in Washington DC, decrying all violence and inviting Americans to “learn from the past.”
The report states Pope Francis says the unfolding of events on Capitol Hill in Washington DC on 6 January “came as a surprise” to him. However, he noted, no society can consider itself immune from subversive elements.
These quotes come from part of an interview by the Italian “Canale 5” television network, which will be broadcast on Sunday evening.
The Holy Father went on to say, "I was amazed, because they are a people who are so disciplined in democracy.”
The US Bishops had already condemned the attack on Capitol and ask for prayers.
However, he added, even mature societies can have flaws, and there are often people "who take a path against the community, against democracy, and against the common good."
Violence must certainly be condemned, the Pope continued. "It must always be condemned, regardless of those who perpetrate it.”
He explained that after Capitol Hill, there was need for a time for "healing"
"There is no society which can boast of never having had a single day or case of violence,” the Pope said.
Therefore, he added, it a question of "understanding, so as not to repeat [the violence] and learn from history."
In any case, Pope Francis concluded, "understanding is fundamental", because it is the only way in which to to find a "remedy."
Edited from VaticanNews.va