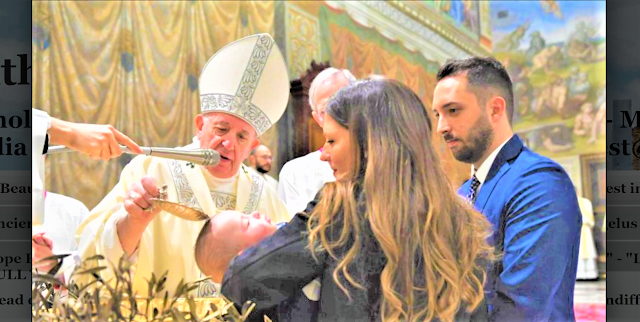 Vatican News reports that due to Covid-19 the Pope will not celebrate Baptisms in Sistine Chapel as per tradition.

Pope Francis was due to celebrate baptisms in the Sistine Chapel on Sunday, 10 January, however due to the Covid-19 pandemic, the Holy See’s Press Office announced on Tuesday this will not happen.

“Due to the health situation, as a precautionary measure, the traditional baptism of children presided over by the Holy Father in the Sistine Chapel on the Sunday of the Baptism of the Lord will not be celebrated this year,”

the Holy See’s Press Office said in a brief note on Tuesday.

Instead, the baptisms will take place in the parishes to which they belong.

The Holy Father, is scheduled however, to preside at the January 6th Epiphany Mass.

Over 75,000 people have died, from COVID-19, in Italy, the highest among European countries. With over 2.1 million total infections since the start of the pandemic, Italy ranks 4th after Russia, the UK and France.