RIP Fr. Rene B. Regalado - Catholic Priest Shot Dead in the Philippines at Age 42 - the Diocese says they are “deeply wounded” 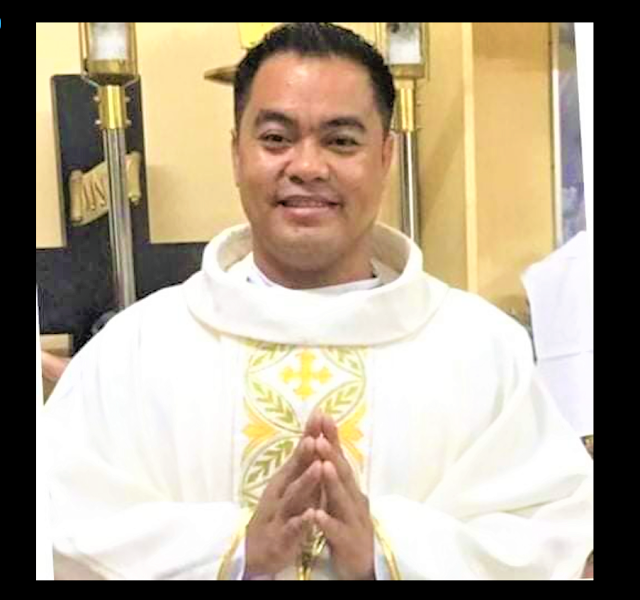 A Catholic priest was shot dead in southern Philippines on Sunday, the fourth member of the clergy to be killed in four years in Asia’s bastion of Christianity as reported by CBCP, the Bishops Conference of the Philippines. The diocese condemned the incident saying that they are “deeply wounded” over the killing of the 42-year-old priest.

DIOCESE OF MALAYBALAY - OFFICIAL STATEMENT ON THE UNTIMELY DEATH OF OUR BROTHER, REV. FR. RENE B. REGALADO

The Diocese of Malaybalay with its Clergy, Consecrated Persons and Lay Faithful especially the Regalado Family in San Jose Parish, Sinayawan, Valencia City are deeply wounded and saddened with the news of the untimely passing to eternal life of one its clergy, REV. FR. RENE B. REGALADO.

We express our deepest sympathy to his immediate family and supplicate to the Lord of Life that justice will be served to the perpetrators of this heinous crime without compromising the Lord’s gift of mercy.

Initial information gathered revealed that at around 7:30 in the evening of January 24, 2021, gunshots were heard at the road near the Malaybalay Carmel Monastery in Pal-ing, Patpat, Malaybalay City which prompted the priest at the Monastery to call for police assistance to verify what had happened. Fr. Regalado’s car indicated that he was going back to the St. John XXIII College Seminary where he was staying. He was in the city in the afternoon, meeting someone whom he did not indicate when he informed his companions at the seminary before he left at around one o’clock in the afternoon.  Between 8:30 - 9:00 in the evening, the 1st responders from the Malaybalay City Police Force arrived at the scene and conducted an initial investigation. At around 12:00 midnight, the Scene of the Crime Operatives (SOCO) arrived. At around 1:10 in the morning of January 25, 2021, the body of Fr. Regalado was picked up by Villanueva Funeral Homes for attention to avoid decomposition and to be ready for the needed autopsy.  The SOCO Regional Office will conduct the autopsy today. Meanwhile, the car that was used by Fr. Regalado was brought to the Philippine National Police Headquarters in Malaybalay City for further investigation, gathering and securing of evidence. The official investigation to the case is on-going.  We are waiting for further official findings and details.

After the needed autopsy, Fr. Regalado will be laid at the San Isidro Labrador Cathedral, Malaybalay City for the wake before he will be buried at the Malaybalay Catholic Cemetery on the date to be decided both by the Diocese of Malaybalay and his immediate family.  For those who want to visit him and his family at the Cathedral as soon as the wake is ready, we request that the pandemic protocols be strictly observed.

Fr. Rene Regalado was ordained to the Priesthood on October 18, 2007 with the laying on of hands of the Most Rev. Honesto Ch. Pacana, S.J, D.D., now our bishop emeritus. He finished his baccalaureate degree in Theology at San Isidro College and his pre-college and college seminary formation at St. John XXIII Pre-College and College Seminaries in Malaybalay City.  He finished his theological studies at the St. John Mary Vianney Theological Seminary in Camaman-an, Cagayan de Oro City.

We request everyone to offer prayers for the repose of the soul of Fr. Rene B. Regalado, for the consolation of his immediate family and the Clergy, for the immediate results of the investigation and that justice will be served to whom it is due.

We put our full trust on the Divine Mercy, the loving intercessions of Our Lady of Mercy and that of our patron, San Isidro Labrador.  May the soul of Fr. Rene rest in peace and that God’s peace will continue to be with us.