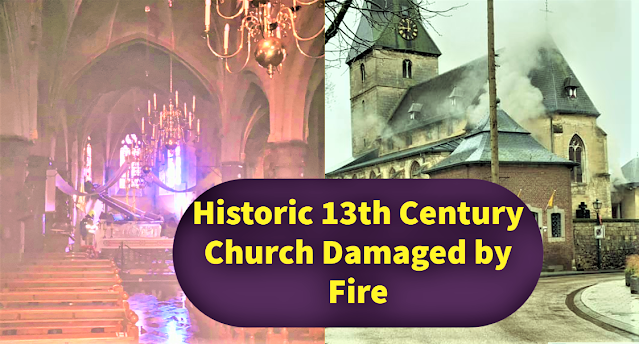 A large fire in a historic Dutch church has completely destroyed the altar.    The fire has now been extinguished - there is also serious damage to the chancel and organ.   The fire caused severe damage in the Catholic St. Brigitta Church in Noorbeek, the Netherlands (Diocese of Roermond). No people were injured. Structural engineers have examined the damage to the church, the building history of which goes back to Romanesque and Gothic periods in the 13th century. The fire was discovered on Wednesday morning and resulted in a large-scale deployment of the emergency services. The chancel and the two organs are badly damaged. Nothing is known about the cause of the fire, the fire apparently originated in the sacristy. Due to the damage; the church will not be able to have Mass for many months.
Source: https://www.bisdom-roermond.nl/Bisschop-bezocht-door-brand-getroffen-kerk-Noorbeek