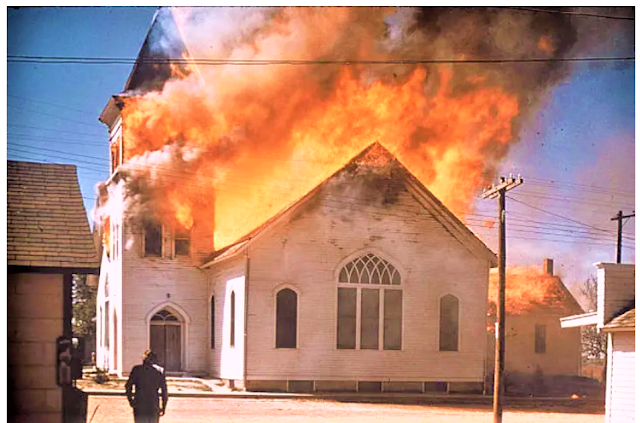 The Catholic Church of the Holy Family in Kaduna state, northern Nigeria, Africa was set on fire.   A Catholic church in northern Nigeria burned and destroyed and according to the authorities, the perpetrators are members of an "armed gang". Fides reports that the armed men entered the village of Kikwari, Kajuru County, where they set fire to the Catholic Church of the Holy Family and two other buildings. The villagers fled after learning of the attackers' arrival in their community.
Fides reports that, State Commissioner for Homeland Security and Internal Affairs Samuel Aruwan confirmed the incident in a statement released on Sunday, February 21, 2021. According to the commissioner, Governor El-Rufai also condemned the attack and expressed his solidarity with the villagers. Aruwan said the governor has "asked believers to stand firm in their faith and devotion, and to regard the assault as an act perpetrated by enemies of peace, humanity and diversity who will not succeed but will be defeated by the grace of God".El-Rufai meanwhile instructed the state crisis team in Kaduna to quickly assess the damage caused and take appropriate measures. The governor also assured that the security authorities will increase control measures in the region.Meanwhile, in an attack on another village, also in Kaduna state, at least two people were killed and nine others kidnapped. Edited from Agenzia Fides