Catholic Missionary Priest - Fr. Pedro Opeka has been Nominated for the Nobel Peace Prize by Prime Minister of Slovenia 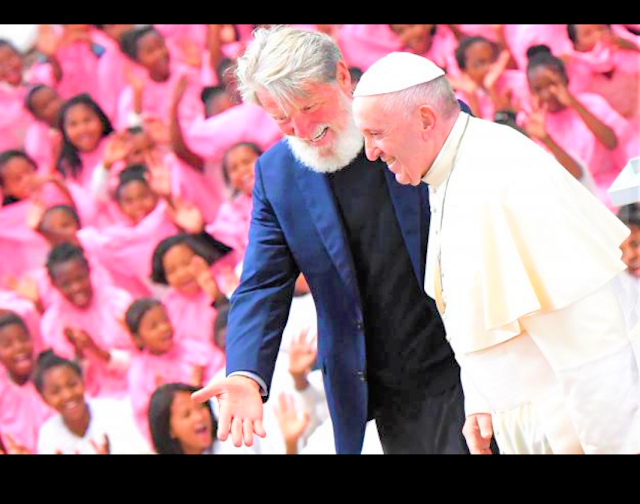 The Lazarist missionary, Fr. Pedro Opeka has been nominated for the Nobel Peace Prize for his work among the poor in Madagascar. The Argentinian-Slovenian missionary Father Pedro Opeka and his  association “Akamasoa” (“City of Friendship”) have been nominated for the Peace Nobel Prize by the Prime Minister of Slovenia, Janez Janša. The nomination was announced on January 31st on the official website of the Slovenian government. (Excerpt from VaticanNews)
A life helping the poor people
Father Pedro Pablo Opeka was born in 1948 on June the 29th in Argentina, in San Martin, a suburb of Buenos Aires, from parents of Slovene origin. He started working as a bricklayer with his father, himself also a bricklayer.
At 15 years old, he decided to become a priest and enter the seminary of the Vincentians Fathers (Lazarists). At 20 years old, he went back to Lubiana in Slovenia, the land of his parents, to further his training. Two years later, he went to Madagascar where he worked as a bricklayer in the parishes of Lazarists fathers. It is there that he discovered his vocation as a missionary.
He finished his studies in the Catholic Institute of Paris. He met the Taizé Community and travelled all over Europe. On the 28th of September 1975, he was ordained priest in Buenos Aires and was nominated responsible of a rural parish in the South-East of Madagascar, Vangaindrano.

In 1989, his superiors nominated him director of a seminary in Antananarivo, the capital. This is when a new story started. Father Pedro could not remain indifferent to the misery of thousands of homeless people in the capital, who lived in utterly impoverished conditions, in the streets or in rubbish tips. Father Pedro became friend with these people and gained their confidence. This is how the Akamasoa association was born…
FATHER PEDRO WITH THE POPE BENEDETTO XVI

ROME – JANUARY 2007
International recognitions
Appointed as Officer of National Order of Merit, France (1998)
Awarded Missionary of the Jubilee Year by the Pope, Rome The Vatican (2000),
Award for humanitarian work, USA (2001)
Awarded the World Service Medal by the Kiwanis International (2005).
Appointed as Knight of Legion of Honor, France (2008),
St. Matthew Foundation Awards for outstanding service in solidarity and social justice by The president of the Pontifical Council
for Justice and Peace, Vatican (2008)
Awarded the Golden Order for Services, Slovenia (2009)
Commander of the National Order, Madagascar (2010)
Nominated “Among the Top Ten” people in the world, by the Vatican magazine (2010)
National Commander of the Order, Madagascar (2010)
Awarded the Highest distinction of the League of Universal Human Right in Paris (2012)
Awarded by the Pope Benoit the highest recognition of the Vatican, “International distinction of the Cardinal Nguyen Van Thuan
Father Pedro Opeka received on October 29th 2015 in New York the highest award conferred by St. John’s University entitled “Spirit of Service Award”
Father Pedro has been proposed as a candidate for the Nobel Peace Prize.
In addition, He is the author of numerous books written in French, German, Italian, Slovene and English
Biographical Source: https://www.madagascar-foundation.org/father-pedro/
Biography of Fr. Pedro: