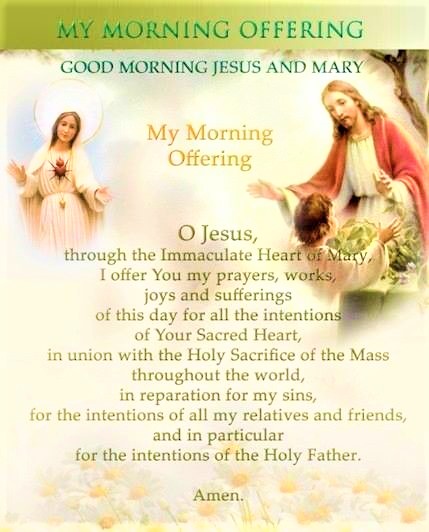 Monday of the Sixth Week in Ordinary Time
Lectionary: 335
Reading I
Gn 4:1-15, 25
The man had relations with his wife Eve,
and she conceived and bore Cain, saying,
“I have produced a man with the help of the LORD.”
Next she bore his brother Abel.
Abel became a keeper of flocks, and Cain a tiller of the soil.
In the course of time Cain brought an offering to the LORD
from the fruit of the soil,
while Abel, for his part,
brought one of the best firstlings of his flock.
The LORD looked with favor on Abel and his offering,
but on Cain and his offering he did not.
Cain greatly resented this and was crestfallen.
So the LORD said to Cain:
“Why are you so resentful and crestfallen.
If you do well, you can hold up your head;
but if not, sin is a demon lurking at the door:
his urge is toward you, yet you can be his master.”
Cain said to his brother Abel, “Let us go out in the field.”
When they were in the field,
Cain attacked his brother Abel and killed him.
Then the LORD asked Cain, “Where is your brother Abel?”
He answered, “I do not know.
Am I my brother’s keeper?”
The LORD then said: “What have you done!
Listen: your brother’s blood cries out to me from the soil!
Therefore you shall be banned from the soil
that opened its mouth to receive
your brother’s blood from your hand.
If you till the soil, it shall no longer give you its produce.
You shall become a restless wanderer on the earth.”
Cain said to the LORD: “My punishment is too great to bear.
Since you have now banished me from the soil,
and I must avoid your presence
and become a restless wanderer on the earth,
anyone may kill me at sight.”
“Not so!” the LORD said to him.
“If anyone kills Cain, Cain shall be avenged sevenfold.”
So the LORD put a mark on Cain, lest anyone should kill him at sight.
Adam again had relations with his wife,
and she gave birth to a son whom she called Seth.
“God has granted me more offspring in place of Abel,” she said,
“because Cain slew him.”
Responsorial Psalm
50:1 and 8, 16bc-17, 20-21
R.    (14a)  Offer to God a sacrifice of praise.
God the LORD has spoken and summoned the earth,
from the rising of the sun to its setting.
“Not for your sacrifices do I rebuke you,
for your burnt offerings are before me always.”
R.    Offer to God a sacrifice of praise.
“Why do you recite my statutes,
and profess my covenant with your mouth
Though you hate discipline
and cast my words behind you?”
R.    Offer to God a sacrifice of praise.
“You sit speaking against your brother;
against your mother’s son you spread rumors.
When you do these things, shall I be deaf to it?
Or do you think that I am like yourself?
I will correct you by drawing them up before your eyes.”
R.    Offer to God a sacrifice of praise.
Alleluia
Jn 14:6
R. Alleluia, alleluia.
I am the way and the truth and the life, says the Lord;
no one comes to the Father except through me.
R. Alleluia, alleluia.
Gospel
Mk 8:11-13
The Pharisees came forward and began to argue with Jesus,
seeking from him a sign from heaven to test him.
He sighed from the depth of his spirit and said,
“Why does this generation seek a sign?
Amen, I say to you, no sign will be given to this generation.”
Then he left them, got into the boat again,
and went off to the other shore.
People who cannot communicate now make spiritual communion
At your feet, O my Jesus I bow down and offer you the repentance of my contrite heart, which abysses itself into its nothingness and Your holy presence. I adore you in the Sacrament of Your love, the ineffable Eucharist. I wish to receive you in the poor home that my heart offers you. In anticipation of the happiness of sacramental communion, I want to possess you in spirit. Come to me, oh my Jesus, that I may come to you. May Your love inflame my whole being, for life and death. I believe in you, I hope in you, I love you. So be it. Amen