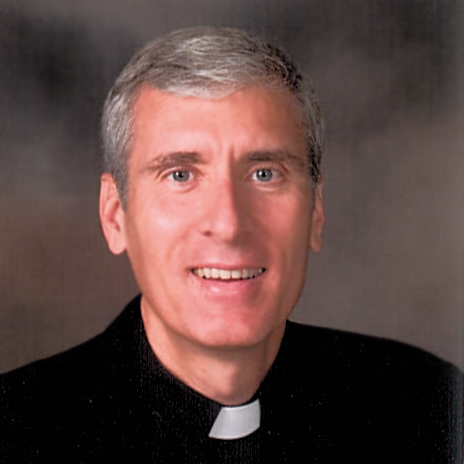 Pope Francis Names New Auxiliary Bishop of San Antonio
FEBRUARY 15, 2021
WASHINGTON—Pope Francis has appointed the Rev. Gary W. Janak as auxiliary bishop of San Antonio. Bishop-elect Janak is a priest of the Diocese of Victoria and currently serves as rector of the Cathedral of Our Lady of Victory and vicar general and chancellor of the Diocese of Victoria. The appointment was publicized in Washington, D.C. on February 15, 2021 by Archbishop Christophe Pierre, apostolic nuncio to the United States.
Father Janak was born March 22, 1962 in El Campo, Texas. He graduated from Palacios High School in 1980 and attended Wharton Junior College and the University of Texas, Austin (1980-1982) and received a Bachelor of Arts in history from The College of Santa Fe in New Mexico (1982-1983). He received a Master of Divinity from Oblate School of Theology in San Antonio, Texas (1983-1988) and a Licentiate in Canon Law (JCL) from The Catholic University of America in Washington, D.C. (1993-1995). He received a Master of Education in counseling from University of Houston-Victoria in Victoria, Texas (1995-1997) and is a Licensed Professional Counselor for the State of Texas (2000 to present). He attended Immaculate Heart of Mary Seminary in Santa Fe, New Mexico and Assumption Seminary in San Antonio, Texas, and was ordained a priest for the Diocese of Victoria on May 14, 1988.
Assignments after ordination include: parochial vicar at Cathedral of Our Lady of Victory, Victoria, Texas (1988-1990); priest in residence at Our Lady of Lourdes Church, Victoria, Texas (1990-1994); pastor at St. Joseph Church, Yoakum, Texas (1994-2003); pastor at St. Philip the Apostle Church, El Campo, Texas (2003-2013); and parochial administrator, Nativity of the Blessed Virgin Mary Church, Nada, Texas, and St. John Nepomucene Church, New Taiton, Texas (2005-2006). Father Janak has also served as chancellor for the Diocese of Victoria since 2012, and as rector of the Cathedral of Our Lady of Victory since 2013. From April to June 2015, he served as diocesan administrator, and since 2015 has been vicar general for the Diocese of Victoria.
Other assignments include: defender of the bond for the appellate court of the dioceses of Texas (1993); director of the diocesan permanent diaconate program (1990-1995); vocations director and director of seminarians (1990-1996). From 2004 to 2016, he served as diocesan co-coordinator of pastoral care and outreach, and vicar forane of the El Campo deanery from 2007 to 2013.
Bishop-elect Janak’s ministry also includes serving as a judge and advocate for the marriage tribunal of the Diocese of Victoria since 1988; membership on the Diocesan Review Board since 2002; the diocesan College of Consultors, the Presbyteral Council, and the Priest Personnel Board since 2007; and the Diocesan Finance Board since 2012. He is fluent in both English and Spanish.
The Archdiocese of San Antonio is comprised of 23,180 square miles in the state of Texas and has a total population of 3,038,857 of which 1,216,499 are Catholic. Archbishop Gustavo Garcia-Siller, MSpS is the current archbishop of San Antonio.
FULL TEXT Release USCCB