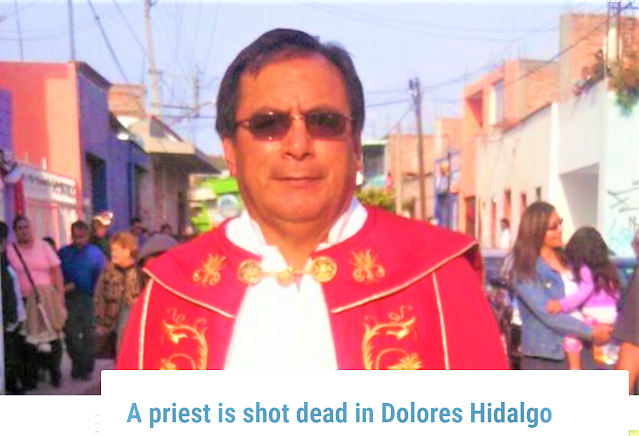 A Catholic priest has been killed in Mexico. Father Gumersindo Cortés González, director of the Retreat House in Atotonilco for many years and then parish priest of Asunción, in the Zapote district of Celaya (Mexico), has been found dead. He was currently parish priest of the Cristo Rey parish, in Dolores Hidalgo, Guanajuato. As the diocese of Celaya reports in a brief note sent to Fides, the diocesan priest was born on January 13, 1957 and was ordained a priest in Celaya, Guanajuato, 38 years ago, on March 9, 1983.

The priest was missing since Saturday, March 27. The following day, the State Prosecutor of Guanajuato reported the discovery of the body near his car, in the municipality of Dolores Hidalgo.

According to the police, the mortal remains showed signs of violence and shots, elements that suggest murder. The prosecutor is investigating to clarify the facts and discover those responsible. Father Jesús Palacios Torres, spokesman for the diocese of Celaya, told the local press that the murder is the first of a priest in the diocese in more than 25 years. He also declared that the Church mourns the violent death of the priest, as well as the death of so many men, women, housewives, merchants, students and professionals who also have had to suffer the consequences of the violence that has been unleashed in the area.

Violence in Mexico has increased in almost the entire territory, not only as a result of the fight between gangs to control drug trafficking or others, but also due to robberies, blackmail and violence that affect families with an average economic status. (CE) (Edited from Agenzia Fides, 30/3/2021)

Christoph said…
May the Crown of Martrdom assure him entry into heaven and a seat of honor among the Communion of Saints. Blessings, Deacon Christoph Sandoval
April 11, 2021 at 10:07 PM