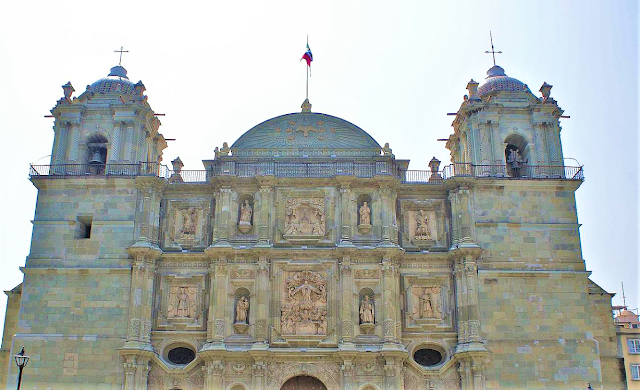 On March 8, International Women's Day, several feminists caused damage to churches, businesses and offices, and the Cathedral in Oaxaca, Mexico. They vandalized churches; namely, the Cathedral of Oaxaca and the historic church of Saint Cosmas and Saint Damián. They also smashed the windows of the building of the Oaxaca Health Secretariat (SSO), from which they took documents and burned them in the street. They broke the doors to the churches down, damaged the interior and sprayed graffiti on the walls. They even broke a statue.
(Image Source: Creative Commons:
In a series of Tweets the news agency Quadratin showed video of the attacks: