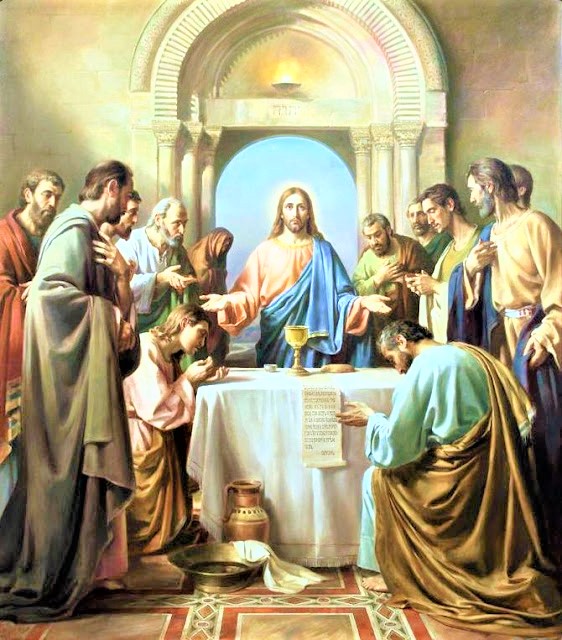 Fourth Sunday of Lent
Year B
Lectionary: 32
Reading I
2 Chr 36:14-16, 19-23
In those days, all the princes of Judah, the priests, and the people
added infidelity to infidelity,
practicing all the abominations of the nations
and polluting the LORD’s temple
which he had consecrated in Jerusalem.
Early and often did the LORD, the God of their fathers,
send his messengers to them,
for he had compassion on his people and his dwelling place.
But they mocked the messengers of God,
despised his warnings, and scoffed at his prophets,
until the anger of the LORD against his people was so inflamed
that there was no remedy.
Their enemies burnt the house of God,
tore down the walls of Jerusalem,
set all its palaces afire,
and destroyed all its precious objects.
Those who escaped the sword were carried captive to Babylon,
where they became servants of the king of the Chaldeans and his sons
until the kingdom of the Persians came to power.
All this was to fulfill the word of the LORD spoken by Jeremiah:
“Until the land has retrieved its lost sabbaths,
during all the time it lies waste it shall have rest
while seventy years are fulfilled.”
In the first year of Cyrus, king of Persia,
in order to fulfill the word of the LORD spoken by Jeremiah,
the LORD inspired King Cyrus of Persia
to issue this proclamation throughout his kingdom,
both by word of mouth and in writing:
“Thus says Cyrus, king of Persia:
All the kingdoms of the earth
the LORD, the God of heaven, has given to me,
and he has also charged me to build him a house
in Jerusalem, which is in Judah.
Whoever, therefore, among you belongs to any part of his people,
let him go up, and may his God be with him!”
Responsorial Psalm
137:1-2, 3, 4-5, 6
R. (6ab)  Let my tongue be silenced, if I ever forget you!
By the streams of Babylon
we sat and wept
when we remembered Zion.
On the aspens of that land
we hung up our harps.
R. Let my tongue be silenced, if I ever forget you!
For there our captors asked of us
the lyrics of our songs,
And our despoilers urged us to be joyous:
“Sing for us the songs of Zion!”
R. Let my tongue be silenced, if I ever forget you!
How could we sing a song of the LORD
in a foreign land?
If I forget you, Jerusalem,
may my right hand be forgotten!
R. Let my tongue be silenced, if I ever forget you!
May my tongue cleave to my palate
if I remember you not,
If I place not Jerusalem
ahead of my joy.
R. Let my tongue be silenced, if I ever forget you!
Reading II
Eph 2:4-10
Brothers and sisters:
God, who is rich in mercy,
because of the great love he had for us,
even when we were dead in our transgressions,
brought us to life with Christ — by grace you have been saved —,
raised us up with him,
and seated us with him in the heavens in Christ Jesus,
that in the ages to come
He might show the immeasurable riches of his grace
in his kindness to us in Christ Jesus.
For by grace you have been saved through faith,
and this is not from you; it is the gift of God;
it is not from works, so no one may boast.
For we are his handiwork, created in Christ Jesus for the good works
that God has prepared in advance,
that we should live in them
Verse Before the Gospel
Jn 3:16
God so loved the world that he gave his only Son,
so everyone who believes in him might have eternal life.
Gospel
Jn 3:14-21
Jesus said to Nicodemus:
“Just as Moses lifted up the serpent in the desert,
so must the Son of Man be lifted up,
so that everyone who believes in him may have eternal life.”
For God so loved the world that he gave his only Son,
so that everyone who believes in him might not perish
but might have eternal life.
For God did not send his Son into the world to condemn the world,
but that the world might be saved through him.
Whoever believes in him will not be condemned,
but whoever does not believe has already been condemned,
because he has not believed in the name of the only Son of God.
And this is the verdict,
that the light came into the world,
but people preferred darkness to light,
because their works were evil.
For everyone who does wicked things hates the light
and does not come toward the light,
so that his works might not be exposed.
But whoever lives the truth comes to the light,
so that his works may be clearly seen as done in God.
Prayer to Make a Spiritual Communion-
People who cannot communicate now make spiritual communionAt your feet, O my Jesus I bow down and offer you the repentance of my contrite heart, which abysses itself into its nothingness and Your holy presence. I adore you in the Sacrament of Your love, the ineffable Eucharist. I wish to receive you in the poor home that my heart offers you. In anticipation of the happiness of sacramental communion, I want to possess you in spirit. Come to me, oh my Jesus, that I may come to you. May Your love inflame my whole being, for life and death. I believe in you, I hope in you, I love you. So be it. Amen