The Story Behind the Catholic Nun who became Viral Begging Police not to Shoot in Myanmar - Sister Ann a Hero! 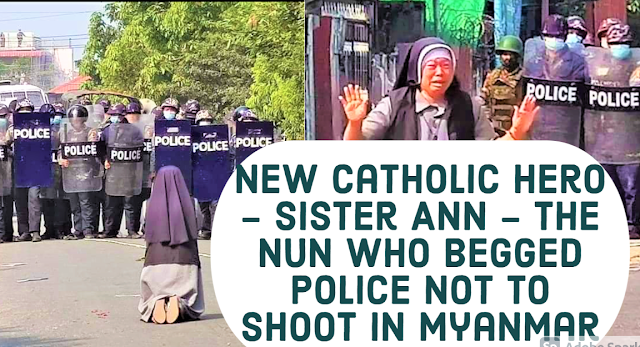 On Twitter an account for Cardinal Archbishop Charles Maung Bo, of Yangon, Burma, tweeted the following words and photos: