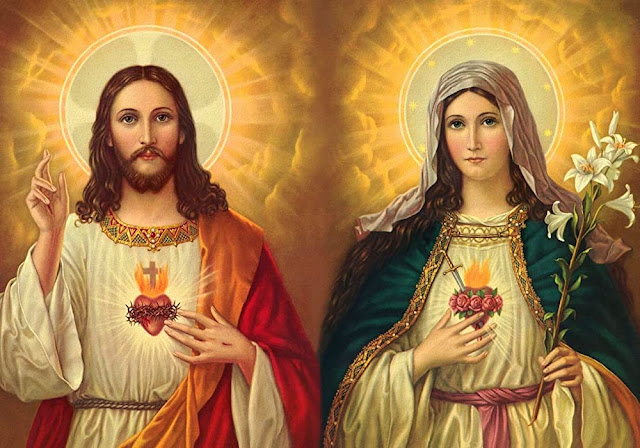 Alleluia
Ps 118:24
R. Alleluia, alleluia.
This is the day the LORD has made;
let us be glad and rejoice in it.
R. Alleluia, alleluia.
Gospel
Mk 16:9-15
When Jesus had risen, early on the first day of the week,
he appeared first to Mary Magdalene,
out of whom he had driven seven demons.
She went and told his companions who were mourning and weeping.
When they heard that he was alive
and had been seen by her, they did not believe.
After this he appeared in another form
to two of them walking along on their way to the country.
They returned and told the others;
but they did not believe them either.
But later, as the Eleven were at table, he appeared to them
and rebuked them for their unbelief and hardness of heart
because they had not believed those
who saw him after he had been raised.
He said to them, “Go into the whole world
and proclaim the Gospel to every creature.”
Prayer to Make a Spiritual Communion-
People who cannot communicate now make spiritual communionAt your feet, O my Jesus I bow down and offer you the repentance of my contrite heart, which abysses itself into its nothingness and Your holy presence. I adore you in the Sacrament of Your love, the ineffable Eucharist. I wish to receive you in the poor home that my heart offers you. In anticipation of the happiness of sacramental communion, I want to possess you in spirit. Come to me, oh my Jesus, that I may come to you. May Your love inflame my whole being, for life and death. I believe in you, I hope in you, I love you. So be it. Amen