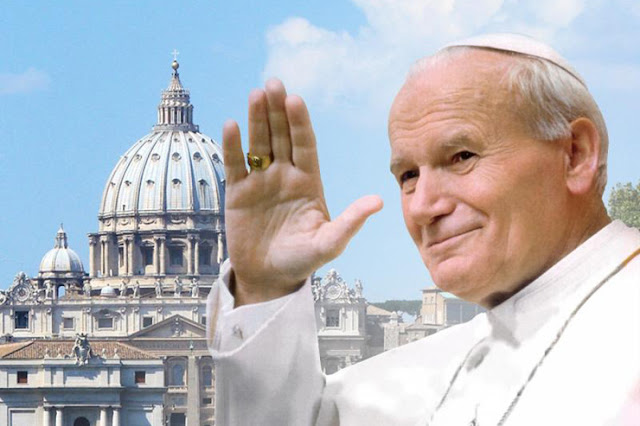 JPII as he was known touched the hearts of the world with his great compassion and joyful presence. He helped with the end of the separation of East and West Germany. Pope John Paul II traveled to over 100 countries with a message of peace. In 1981, someone tried to kill him and shot him twice but he miraculously survived and when better went to visit the shooter in prison and forgave him.
He wrote: Apostolic Letters‎: ‎45 Encyclicals‎: ‎14 Apostolic Exhortations‎: ‎14. Pope John Paul II was the first non-Italian Pope in 400 years. Pope John Paul II was famous for his influence in bringing down the wall in Germany and fighting Communism.
Today is Pope John Paul II day in Ontario, Canada. Pope John Paul II visited Ontario twice during his pontificate of more than 25 years.   (the picture below shows Pope Francis kneeling before the tome of Pope John Paul II)
Watch this Touching Video Tribute to St. Pope John Paul II with his most Famous moments and Share with a Friend! 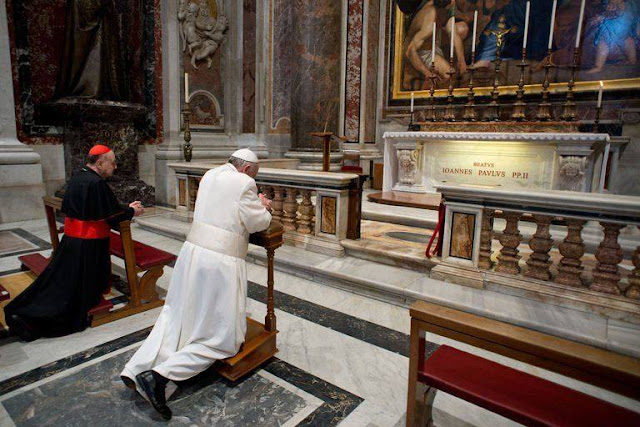