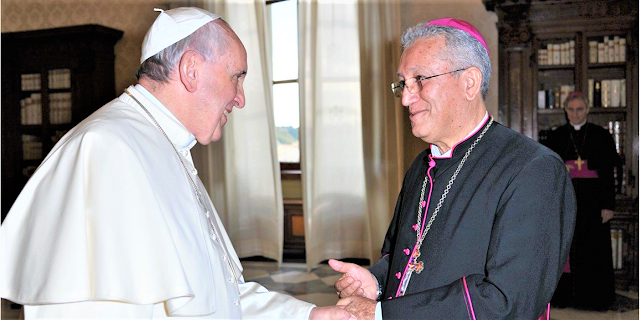 AFRICA/GUINEA BISSAU - The Bishop of Bafatà died of Covid: the first Brazilian missionary Bishop of a mission territory outside Brazil

Bissau (Agenzia Fides) - "Today it is urgent to rebuild the person, the heart of the people, because people suffer psychologically and spiritually, in addition to poverty. It is necessary to promote reconciliation and peace. Bafata is a region inhabited by many Muslims, so dialogue is necessary to work together". With these words, in an interview with Agenzia Fides (see Fides, 6/7/2001) His Exc. Mgr. José Pedro Carlos Zilli, Bishop of Bafatà, in Guinea Bissau, described the situation of the new diocese at the time of assuming his new position.

Archbishop Zilli, 67, passed away on March 31, due to complications from Covid-19 at the Cumura hospital, on the outskirts of Bissau, where he had been hospitalized for two weeks.

Bishop Zilli was a missionary of the PIME (Pontifical Institute for Foreign Missions) and before his appointment as Bishop of Bafatà he had already spent 14 years in Guinea Bissau (1985-1999) occupying various positions including parish vicar in Bafatà and regional superior of his institute. Born in 1954 in the state of Sao Paulo (Brazil), Father Zilli was the first Brazilian missionary to be appointed Ordinary of a mission territory outside Brazil.

In the interview with Fides, Bishop Zilli recalled his previous experience as a missionary in the African country, making particular reference to relations with Muslims: "During my stay we established very good relations of friendship: we had a Muslim cook who worked for us and he was an exquisite person, through him I learned to know and love Muslims. In addition, Muslims also love missionaries: especially with the war they saw that the Church loves people, without making any distinction. In general, the relationship is good. We have already worked together on some social projects, in schools, even if only in the initial phases. Some of the missionaries had a deeper relationship, especially in the medical field".

Bishop Zilli clearly announced what his pastoral priorities were as the first Bishop of the new diocese. "Christians are few and must be educated to give their testimony without fear, but with joy ... In the first place of my work agenda I put evangelization, then work for vocations, the family, social commitment , dialogue, inculturation, and many other things to come ... ". (L.M.) (Source: Agenzia Fides, 9/4/2021)