RIP Daunte Wright - Archbishop of Minneapolis says "I hope that we as a community might be able to pause and pray...." FULL TEXT Statement 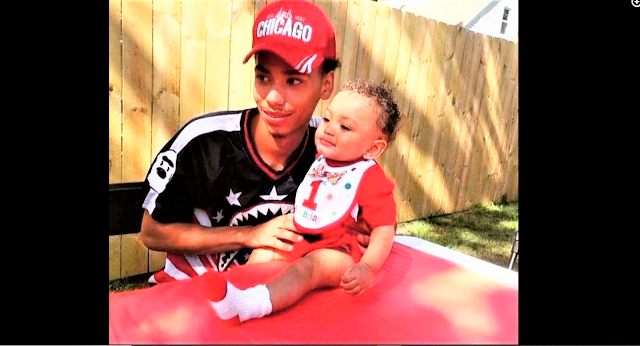 Daunte Wright, age 20, was fatally shot by a police officer while trying to flee a traffic stop, he was unarmed. The police officer appeared to be reaching for her taser and not her gun, the police chief said Monday. The shooting occurred in the US city of Brooklyn Center in Minnesota 10 miles from the trial of police officer Derek Chauvin. Protests have started due to this latest police killing which occurred on Sunday April 11, 2021.
Statement Regarding the Death of Daunte Wright
April 12, 2021
From Archbishop Bernard A. Hebda
I offer my condolences to the family and friends of Daunte Wright for the loss of their son, father, brother and friend. I have also been praying for his eternal repose, for his family and for all those who loved him. Daunte was created by God in his image and likeness and for a “definite purpose,” as St. John Henry Newman wrote, and we grieve the loss of his young life.
I also am praying for the Brooklyn Center Police officer involved in the shooting, and for her family and friends. I suspect that they are grieving in a different way.
While early indications point towards the shooting being accidental, I encourage allowing investigators from the Bureau of Criminal Apprehension to complete a thorough investigation before coming to any personal judgments as to what occurred. I hope that we as a community might be able to pause and pray, particularly during this time of already heightened tension due to the Chauvin trial. I am encouraged and inspired by the pleas for peace that have continued to come from the family of George Floyd.
As I did last month when the trial began, I ask that all of us take time daily to pray for justice, but also for peace in our families and in our communities.
From Archbishop Bernard A. Hebda
FULL TEXT Source: https://www.archspm.org/statement-regarding-the-death-of-daunte-wright/