Saint April 2 : St. Mary of Egypt a Former Prostitute who Repented and Lived as a Hermitess in the Desert 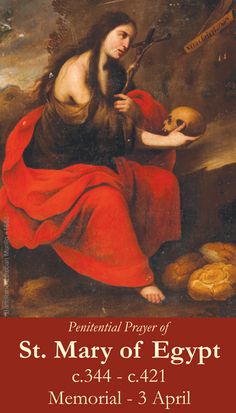