A Tale of Two Bishops - The Eucharist, the Unborn and the President 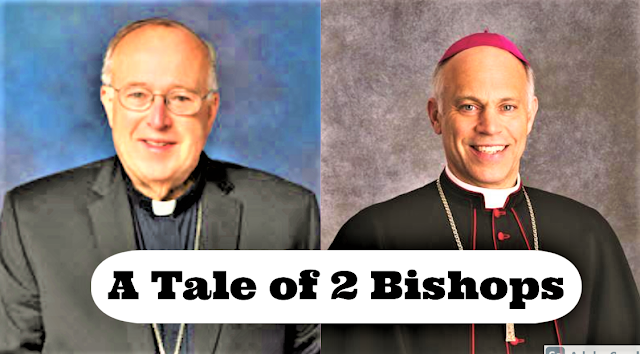 Anonymous said…
I think the Church should have been visible and vocal as soon as issues such as gay marriage, gender fluidity, sexual abuse and abortion were raised. Had the warning and disapproval been expressed earlier, denying the Eucharist would have been expected and seen as a logical consequence.
May 26, 2021 at 6:55 PM

Anonymous said…
Certainly, adhering to and supporting the murder of unborn babies is a grave sin - as is going against a Church teaching. If that be the case, no one - particularly those espousing this view publicly (politicians) should receive Our Lord. To do so would be to compound their sin by receiving Him unworthily.

If they are unworthy to receive Him, what about the priest, Bishop, Cardinal, or even the Pope who is willing to give Our Lord to public sinners. Are they not, also, culpable?