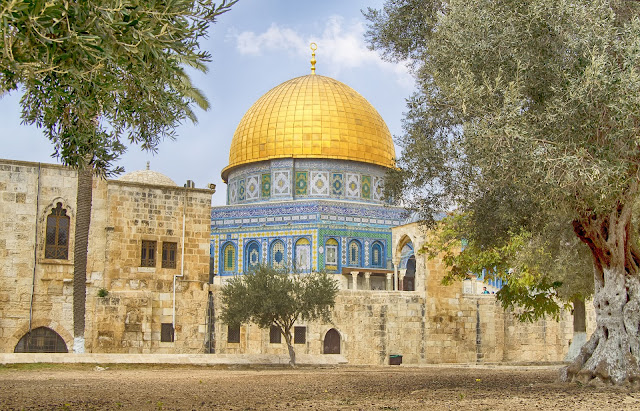 A ceasefire agreement has been reached between Israel and Palestinian armed groups in the Gaza Strip. However, there was some disturbance in occupied East Jerusalem where Israeli police stormed the Al-Aqsa Mosque compound and fired tear gas at Palestinians after Friday prayers.
The Egyptian-brokered ceasefire came into effect in the early hours of Friday, May 21, 2021, after 11 days of ongoing Israeli bombing of Gaza and thousands of rockets launched into Israel by Hamas, the group ruling the Strip. The death toll, in Gaza, is at 248  people killed, including 66 children, with 1,900 injured and 13 were killed in Israel.
There were people celebrating on both sides due to the ceasefire, but there is still tension and fear.
There is now widespread damage to the already impoverished territory.
Pope Francis said, "I thank God for the decision to halt the armed conflicts and acts of violence, and I pray for the pursuit of paths of dialogue and peace. I take this occasion to ask all the pastors and faithful of the Catholic Church to unite themselves spiritually with this prayer. May every community pray to the Holy Spirit “that Israelis and Palestinians may find the path of dialogue and forgiveness, be patient builders of peace and justice, and be open, step by step, to a common hope, to coexistence among brothers and sisters.”
Saudi Arabia  welcomed the declaration of a ceasefire and said it appreciates Egyptian and international mediation efforts, state news agency (SPA) said, citing a Foreign Ministry statement.
President Biden released a White House statement saying, " I believe the Palestinians and Israelis equally deserve to live safely and securely and to enjoy equal measures of freedom, prosperity, and democracy."
Palestinian President Mahmoud Abbas  received a phone call from US Secretary of State Anthony Blinken.
Abbas’ office says the two discussed the latest developments. The Palestinian leader urged the Biden administration to pressure Israel to halt the violence in occupied East Jerusalem and the occupied West Bank.
The statement said Abbas appreciated US efforts to “provide humanitarian aid and mobilise the international support necessary for the reconstruction of the Gaza Strip, in coordination with the Palestinian Authority”

At the UN briefing in New York, Stéphane Dujarric, spokesperson for UN Secretary-General Antonio Guterres, said the truce has allowed much-needed humanitarian aide to reach Gaza following a partial reopening of the Karem Abu Salem (Kerem Shalom in Hebrew) crossing.
“Today, 13 humanitarian trucks with food, COVID-19 vaccines, medical disposables and drugs, including emergency medicines, first aid kits for multiple UN agencies and NGO partners crossed into Gaza following the partial reopening of the Kerem Shalom crossing,” Dujarric said.
Iran leader urges Muslim states to back Palestinians militarily, financially
Iranian Supreme Leader Ali Hosseini Khamenei has called on Muslim states to support Palestinians militarily and financially and help rebuild Gaza, Iranian media has reported.
“Muslim states must sincerely support the Palestinian people, through military … or financial support … or in rebuilding Gaza’s infrastructure,” Khamenei said in a statement carried by media outlets.
At a UN briefing in New York, Stéphane Dujarric, spokesperson for UN Secretary-General Antonio Guterres said both sides must “show restraint” and that the status quo at the holy sites must be respected.
“In these situations, both political leaders, religious leaders have a responsibility to speak out against anyone who disrupts peace. And we should all stand firmly against incitement and violence, especially in such a tense environment,” Dujarric said.
Fabrizio Carboni, regional director for the Near and Middle East at the International Committee of the Red Cross, has estimated there are “several hundred” pieces of unexploded ordnance strewn about in Gaza and said medical supplies were a pressing need.
He said the ceasefire feels “fragile” and lamented the “unbearable and unacceptable cost this has had for the civilian population. And I know that applies to people in Israel, too.” Edited from Al-Jazeera and Whitehouse and Vatican.va