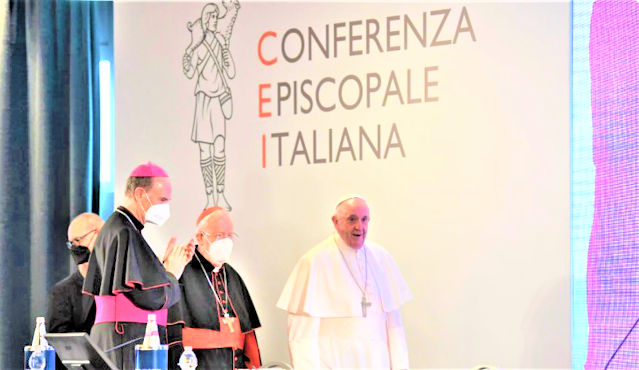 Upon his arrival, Pope Francis was welcomed by the Most Eminent Cardinal Gualtiero Bassetti, Archbishop of Perugia-Città della Pieve and President of the CEI; by the Vice Presidents HE Mons. Mario Meini, Bishop of Fiesole; and HE Mons. Franco Giulio Brambilla, Bishop of Novara; and by the Secretary General, HE Mons. Stefano Russo, Bishop Emeritus of Fabriano-Matelica.

After the introductory prayer and the presentation by Cardinal Bassetti, the Holy Father delivered his speech.

At the end of the meeting, the Pope left the Egife Palace Hotel and returns to the Vatican.