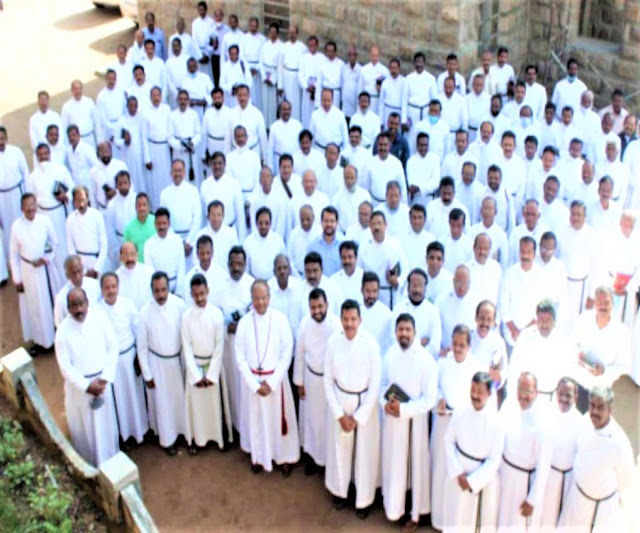 In India, the Covid-19 has already killed 168 Catholic priests, including 3 bishops, and 143 nuns.

The priests and religious are affected in a higher percentage than the rest of the population. A capuchin priest named Fr. Mathew  is collecting the data. He explained to Asia News that "Many even the 40-year-olds. Many nuns who died from the pandemic worked in rural areas where there is no adequate health care".

Father Suresh Mathew, a Capuchin friar, is the editor-in-chief of the Indian Currents magazine. He is keeping the count of the victims of the clergy and religious which continue to grow because the number of deaths in the country remains high: even today the Indian government speaks of 4,209 victims of Covid-19 in the last 24 hours. The country is now very close to the threshold of 300,000 deaths since the beginning of the pandemic.

An important fact is the fact that many priests who died of Covid-19 were aged around 40, so they were in their prime. They weren't vaccinated, as doses were only given to those over 45 in April.

Some contracted the virus by presiding over the funerals of confreres, while following all anti-Covid protocols. Many nuns have died in rural areas, where there are no adequate health care facilities. They worked among the poor and the marginalized where there is not even a basic medical centre.

Some congregations were particularly affected: “At least 23 priests who died of Covid-19 - comments Fr. Mathew - were Jesuits, while 12 are the sisters of the Missionaries of Charity, the congregation founded by Mother Teresa. Edited from Asia News IT