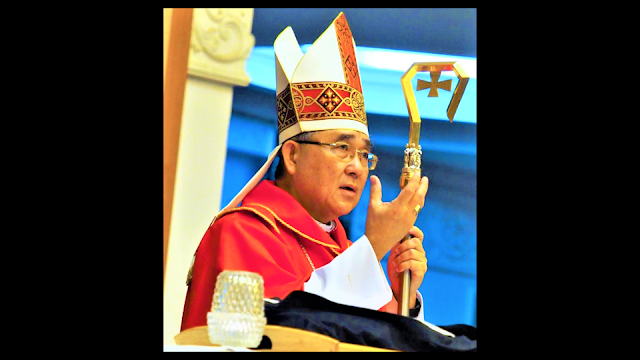 Cardinal Cornelius Sim of the Apostolic Vicariate in Brunei Darussalam died at the age of 70 on May 29th, 2021. "With a sad heart I announce the death of Cardinal Cornelius Sim, Cardinal of the Apostolic Vicariate in Brunei Darussalam, who passed away on Saturday, May 29, 2021 at 8:28 am at Chang Gung Memorial Hospital (CGMH) in Taoyuan City, Taiwan",Msgr. Robert Leong, Vicar General, in a press release. Since his arrival in Taiwan on May 8, the Cardinal has been in quarantine until the beginning of his medical treatment at the CHMH. The medical staff took care of his health conditions on a daily basis, but unfortunately, everything they did didn't seem to be very effective. He gradually became weaker and lost much of his vitality. Unfortunately he has passed away", said Msgr. Leo. The Cardinal's funeral will be announced at a later date. "Let us all pray for his soul and for the Vicariate. May his soul rest in peace", said Mgr. Robert Leong.

To the Most Reverend Wojciech Załuski

Having learned with sadness of the death of Cardinal Cornelius Sim, I extend my heartfelt condolences to the clergy, religious and laity of the Apostolic Vicariate of Brunei. With gratitude for Cardinal Sim’s faithful witness to the Gospel, his generous service to the Church in Brunei and to the Holy See, I willingly join the faithful in praying for his eternal rest. To all who mourn the late Cardinal’s passing in the sure hope of the Resurrection I cordially impart my Apostolic Blessing as a pledge of consolation and peace in Jesus, the firstborn of the dead.

Biography of Cardinal Sim from Vatican.va