Wow Bishops of the Philippines Consecrate the Nation to Saint Joseph on His Feast Day! VIDEO 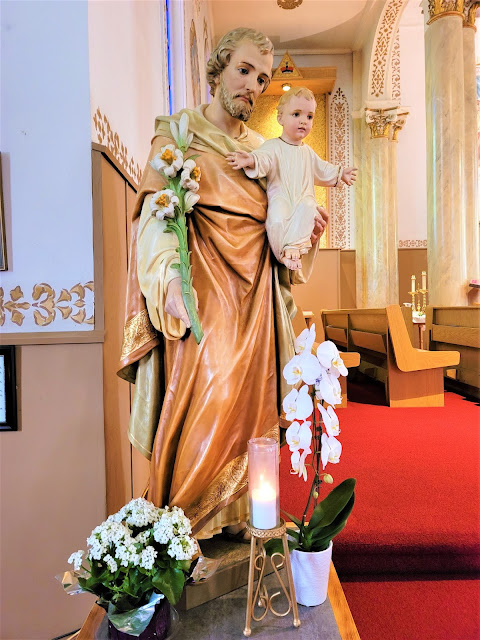 CBCP Release:
Philippine Catholic bishops have placed the nation under the special patronage of St. Joseph on May 1, his feast day.
Led by Archbishop Romulo Valles, president of the bishops’ conference, the national act of consecration was live-streamed from the San Pedro Cathedral in Davao City.
The consecration began with a rosary led Cebu Auxiliary Bishop Midyphil Billones from the National Shrine of St. Joseph in Mandaue City.
In addition to the thousands who viewed the live streaming, many cathedrals allowed for limited in-person attendance consistent with physical distancing and face mask requirements.
Masses were then held in different churches across the country to celebrate the feast of Jesus’ earthly dad.
Prior to the consecration, a 33-day spiritual preparation was set up in the country’s 86 dioceses.
In Cebu, Archbishop Jose Palma said that the consecration to St. Joseph is also asking him to help us love the virtues that strengthen families, churches and communities.
“We find meaning in coming to St. Joseph. In believing that just as he was called by God to be the guardian of the Holy Family, we plead for his intercession to journey with us, to assist us in difficult times,” Palma said.
“We come to St. Joseph in this Act of Consecration. It is our way of saying, ‘St. Joseph, just as God has appointed you to care for the Holy Family, make us as well your family,'” he said.
To foster more devotion to the spouse of the Blessed Virgin, Pope Francis had declared a year dedicated to St. Joseph in December 2020.
The consecration of the nation to St. Joseph is one of the initiatives launched on the occasion of the special year, which culminates on Dec. 8, 2021.
The celebration was also aimed to commemorate the 150th anniversary of the proclamation of St. Joseph as patron of the Universal Church by Pope Pius IX.
FULL TEXT Release : CBCP
SEE ALSO: