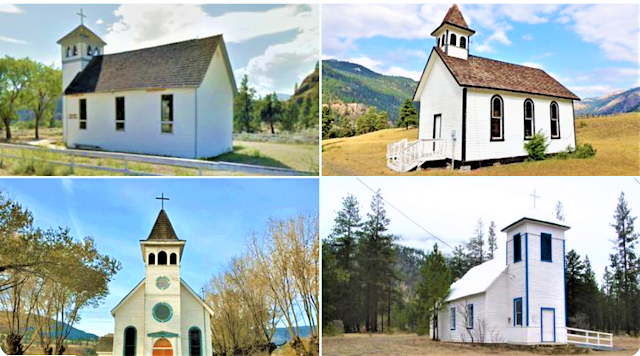 The Lady of Lourdes Chopaka Church burned down around 3 a.m. on June 26, around the same time as the St. Anne’s Church at Chuchuwayha outside of Hedley burned.

The Lady of Lourdes church was built in 1885.

Lower Similkameen Indian Band chief and council said the church was important part of the community and that they were angered by the burning.

Lower Similkameen Indian Band Chief Keith Crow says he received a call at about 4 a.m. PT that the Chopaka church was on fire.

Crow said: "I don't see any positive coming from this and it's going to be tough."

The Upper Similkameen Indian Band acknowledge that St. Ann's Church was destroyed overnight. A representative for the band said officials are currently working with RCMP at the site of the fire.

In a statement, the Royal Canadian Mounted Police said both fires started within an hour of each other early Saturday morning.

The fires are still under investigation, along with two other churches in the Okanagan earlier this week.

RCMP said they're treating Saturday's fires as suspicious, and investigating any possible links to the Okanagan church fires.

"The investigations into the previous fires and these two new fires are ongoing with no arrests or charges," said Sgt. Jason Bayda with Penticton South RCMP.

People in the community are very upset about the fire, Crow explained.

The fires come after the recent discovery of the graves of as many as 215 children buried at a former residential school in Kamloops, B.C.

Also this week, the Cowessess First Nation revealed the discovery of hundreds of unmarked graves at the site of the former Marieval Indian Residential School in Saskatchewan.