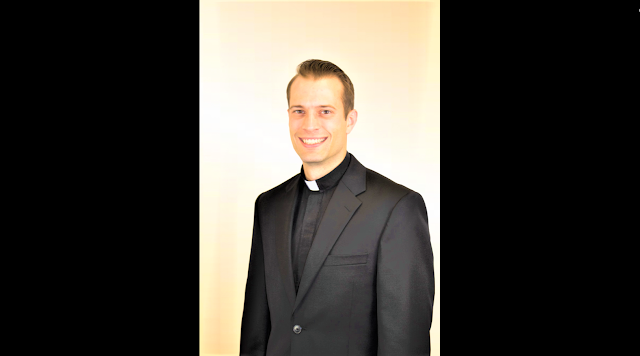 Fr. Ryan Stawaisz, Parochial Vicar at Prince of Peace Catholic Church, in Texas, ordained in 2019, has died at the age of 31 years. He passed away on June 21, 2021 at 10:57pm in the company of his family after a long battle with cancer. Please pray for the repose of his soul and the consolation of his family. May his soul, and the souls of all the faithful departed, through the mercy of God, rest in peace.

Fr. Ryan was ordained to the priesthood on June 1, 2019. He moved to Tomball, TX, in 2004, and his home parish is St. Anne. He attended Texas A&M University to study engineering before entering the seminary for the Archdiocese of Galveston-Houston.

In December 2009 he was diagnosed with a sarcoma (muscle tissue cancer) located in his right hip. He received chemotherapy and radiation treatments and in September 2010 his surgeon resected the tumor with clear margins. His life regained some normalcy as he finished my 3 remaining semesters at Texas A&M University  and shortly after he entered diocesan seminary. While in seminary, he observed routine checkups and scans and remained in good health. 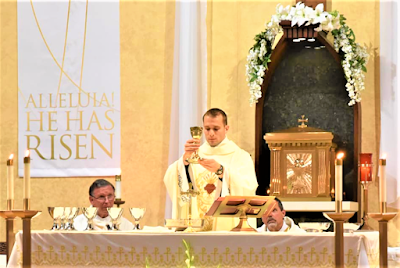 A few days after Easter, on April 23, 2019 he woke up in the middle of the night trying to catch his breath. Over the next two days, this symptom began to worsen, leading him to see his family doctor on April 26. A chest X-ray showed a mass, approximately 3.5 cm, in his right lung along with considerable fluid. Over the next few days, he consulted with the doctors who had treated me for the sarcoma years before. On May 2, he had the fluid withdrawn from around my lung and a needle biopsy which later confirmed that the tumor was malignant and was indeed a recurrence of the spindle cell sarcoma.

Since personally sharing the news with the seminary community, and my family and friends asking for prayers, I have received an incredible outpouring of love, concern, and compassion from, well, everywhere! Receiving your messages has been a little overwhelming but has made me think: Isn’t this just a fraction of the love that God holds for each and every one of us? Might this be a sign of how much the church yearns for more priests? Was I, and am I now, living my life in a manner worthy of the Cross? As my priestly ordination approaches on June 1, I have more reason than ever to trust in God’s providence and to commit my life entirely to Him. Thank you for witnessing God’s love to me and I hope to do the same for a long time to come!

Again, thank you so much for all the prayers and the support offered for me and my family! I remain hopeful and I unite any suffering that I endure with the Cross for those who are ill and for the future of the Church. I praise God through this and ask for healing in accordance with His will.

The Lord bless you and keep you!

The Lord let his face shine upon you, and be gracious to you!

Here is his biography in his own words from the Facebook page of Houston Vocations:

I’m not a native Texan, but as they say, “I got here as quickly as I could.”

Until I arrived in Tomball in 2004, I had grown up in six houses, in three continents, over 14 years.

By that time, I had met many priests, but I still had no idea of what they really did or how they could be happy in a life of service to others.

When I was ready to graduate from high school and made my first major decision about my future, I followed in the footsteps of my brother and attended Texas A&M University to study Engineering.

Without even knowing it, I started to attend one of the most dynamic and fruitful college parishes in the nation, St. Mary’s in College Station. While I never missed Sunday mass, school and grades were my top priority and my faith and friendships suffered. During this time, my brother invited me to the Aggie Awakening retreat where I met many great people my age who were excited and engaged in their faith. Recognizing this was what I really longed for, I started to pray about my relationships and lifestyle, I worked to maintain openness to God’s will; through this, God chose to speak. In my fourth semester at A&M, I heard a voice from within ask, “God, do you want me to be a priest?” In that simple question, I couldn’t deny that I felt his answer was “yes.”

While everything in me wanted to stay with my friends and continue the journey of learning and discernment at A&M, health complications required me to leave for treatment in Houston. For a year, I prayed like I had never prayed before, trusted in God’s providence, and confided in God’s plan for me and my purpose in life. No longer was I afraid to follow his call to seminary and beyond.

After two years of public discernment, I entered seminary for the Archdiocese of Galveston-Houston at St. Joseph Seminary College in Louisiana. My seminary experience has been filled with God’s grace and blessing. I have grown in knowledge and spirituality and I look towards the challenges that lie ahead. As I continue on this path, I am reminded to be courageous and obedient and find these qualities in Jesus’ words to Simon-Peter, “Put out into deep water and let down your nets for a catch” (Luke 5:4).

Unknown said…
One of the best priests ever met in my life. He is missed already, but our community knows we have an intercessor in heaven. Thanks Fr. Ryan!
July 2, 2021 at 4:57 PM