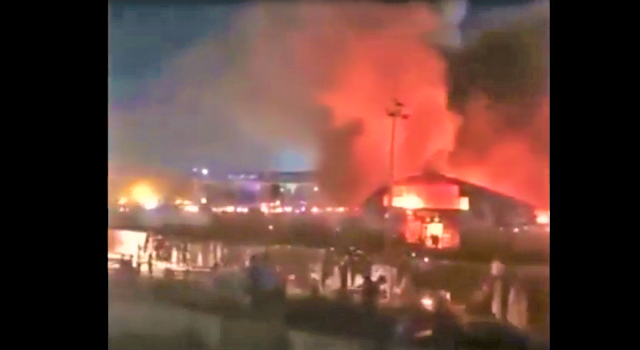 New reports show that 92 people have been killed in a deadly fire that broke out in an isolation wing for Covid patients in a hospital in Iraq. (See Video below) The fire caused a violent popular protest against the conditions of the health system and this led to clashes between demonstrators and police. In April, a similar fire involved a hospital in the capital, causing more than 80 deaths. On that occasion, the Chaldean Patriarch spoke of a "humanitarian disaster". According to an initial report, the fire was caused by the explosion of an oxygen cylinder.
In response to the incident, Iraqi Prime Minister Mustafa al-Kadhemi ordered the arrest of the hospital manager.
The Pope Sent a Telegram of Condolence:
The Most Reverend Mitja Leskovar
Apostolic Nuncio in Iraq
Baghdad
His Holiness Pope Francis sends the assurance of his spiritual closeness to all affected by the tragic fire at the Covid isolation ward of the al-Hussein hospital in Nasiriyah. Deeply saddened, he prays especially for those who have died and for the comfort of their families and friends who mourn their loss. Upon the patients, staff and caregivers he invokes God’s blessings of consolation, strength and peace.
Cardinal Pietro Parolin
Secretary of State