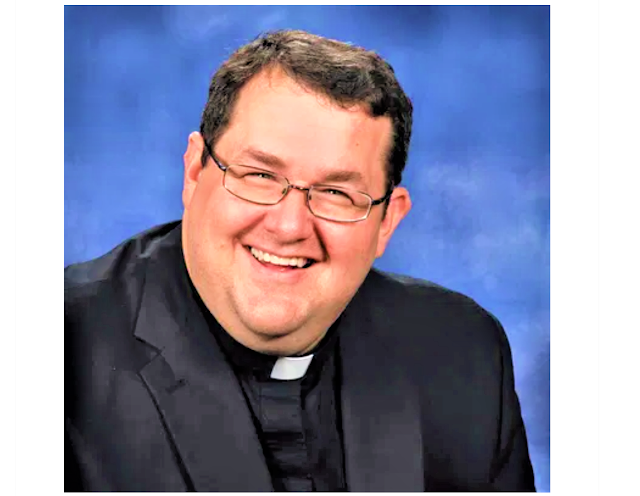 WASHINGTON—Pope Francis has accepted the resignation of Bishop Roger J. Foys, 75, from the pastoral governance of the Diocese of Covington and has appointed Father John Iffert, a priest of the Diocese of Belleville as Bishop-elect of Covington. Bishop-elect Iffert currently serves as vicar general and moderator of the curia for the Diocese of Belleville. The appointment was publicized in Washington, D.C. on July 13, 2021, by Archbishop Christophe Pierre, apostolic nuncio to the United States.
Father Iffert was born November 23, 1967.
He received a Bachelor’s degree in Political Science from Illinois State University in Normal, Illinois (1988). He attended Mundelein Seminary in Mundelein, IL, where he earned a Bachelor of Sacred Theology in 1996 and a Master of Divinity in 1997. He was ordained to the priesthood for the Diocese of Belleville on June 7, 1997.
Bishop-elect Iffert’s assignments after ordination include: parochial vicar at St. Peter Cathedral in Belleville (1997-2000); administrator and pastor of Immaculate Conception parish in Columbia (2000-2003). During that time, he served as a member of the diocesan personnel board, Defender of the Bond for the Tribunal, Spiritual Moderator for both the Belleville deanery CYO and the Diocesan Teens Encounter Christ movement. In August 2003, he entered the novitiate of the Order of Preachers, Province of St. Albert the Great, USA (Dominican, Central Province). He professed simple vows as a Dominican in 2004 which he renewed in 2006. From 2007-2008, he served as parochial vicar of St. Thomas Catholic Center at Purdue University in West Lafayette, Indiana. Father Iffert left the Dominicans in 2008 and returned to the Diocese of Belleville.
Father Iffert has served as administrator of St. Mary parish in Mount Vernon (2008-2010); administrator of St. Theresa parish in Salem and at St. Elizabeth in Kinmundy (2009-2010); pastor of St. Mary parish (2010-2020); and pastor of St. Barbara in Scheller (2014-2020). He has served as vicar forane of the North Central Vicarate (2013-2020); diocesan co-vicar for priests (2014-2020); member of the Diocesan Finance Council (2010-present); and as a member of the College of Consultors (2016-present). Since 2020, Father Iffert has served as vicar general and moderator of the curia for the Diocese of Belleville and since January 2021 he has served as pastor of St. Stephen in Caseyville.
The Diocese of Covington is comprised of 3,359 square miles in the Commonwealth of Kentucky and has a total population of 532,567 of which 91,895 are Catholic.
FULL TEXT Release: USCCB