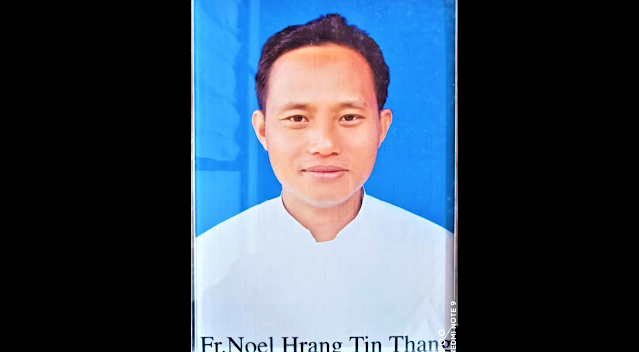 Agenzia Fides report that the Catholic priest Fr. Noel Hrang Tin Thang, parish priest of the Catholic church in the city of Surkhua, in the diocese of Hakha, was taken and arrested by local militias in the Burmese state of Chin, the armed rebel groups of the territory, known as "Hakha-CDF", who oppose the military dictatorship. The group is known as "Chinland Defense Forces" (CDF), located in Chin State, in western Myanmar, on the border with India. Last April, armed resistance groups formed in the state to fight and oppose the repression carried out by the soldiers of the Tatmadaw, the Burmese regular army.

The arrest took place on July 25 because, according to the CDF spokesperson, the priest is accused of having contacts with the Myanmar army and is suspected of being an informer of the army to the detriment of the resistance. The priest was arrested with a catechist while he was buying medicines for his people in the capital Hakha.

The local community denies any political involvement of the priest who has already helped many displaced people by welcoming them in his church complex. As Father Paul Thla Kio, priest of Hakha, reported to Fides, the rebels say they saw Father Noel Hrang Tin Thang having contact with a general from Tatmadaw.

The general, Father Paul explains, is a Catholic who attends church and often visits the priests' residence. In fact, the priest asked the general to avoid fighting in the city and the general listened to his request. Catholic priests are putting their resources and their moral and spiritual authority at the service of the population, to avoid suffering and conflicts, by working for peace.

The Catholic Church in the city of Surkhua, in the diocese of Hakha, has pledged to provide shelter and food to numerous displaced people, including women, the elderly and children, who have fled their homes due to the intense fighting between the Burmese army and the "Chinland Defense Forces" group (CDF).

Father Hrang Tin Thang, parish priest of Surkhua, brought all the elderly, disabled and children of the city, who could not escape into the forests, to his parish church where, with the help of the Sisters of the Little Way, a local religious congregation, it offers them shelter, care and food, thus carrying out a work of charity without any religious discrimination, intended for the weakest and most defenseless.

As reported to Fides by Fr. Paul Thla Kio, local priest of the diocese of Hakha, capital of Chin, even the Burmese soldiers, who controlled the complex, did not commit violence but encouraged the priests and nuns to continue their works of mercy and charity, towards the people without any danger. (PA-JZ) (FULL TEXT Release Agenzia Fides, 31/7/2021)