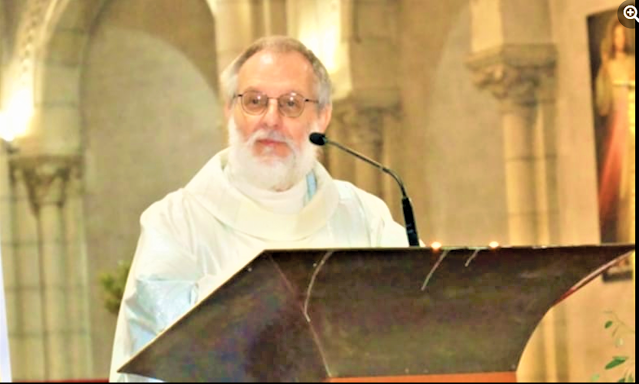 The Catholic priest, Father Olivier Maire, age 60, was killed in France on Monday, August 9th, 2021. He was provincial superior of the Montfortians and was murdered in the Vendée, in Saint-Laurent-Sur-Sevre, where his body was found by the gendarmerie. The suspect, 40-year-old Rwandan-born man named Emmanuel Abayisenga, surrendered on August 9th to the gendarmes claiming to have killed a priest. He is also suspected of having set fire to Nantes cathedral in July 2020.

Abayisenga had already confessed on another matter. The man of Rwandan nationality, was a former volunteer in the church building, he was released pending trial and had since been taken in by the Montfortian community.

On Saturday, July 18, 2020 the Gothic cathedral of Saint-Pierre-et-Saint-Paul de Nantes was badly damaged by fire. Over a hundred firefighters were mobilized to extinguish the fire as quickly as possible. Emmanuel Abayisenga, age 40, a Catholic, had been released on bail earlier this year for this 2020 arson attack at Sts. Peter and Paul Cathedral in Nantes. The murdered Montfort Father Olivier Maire, 60, had offered him housing in Saint-Laurent-sur-Sèvre, south of Nantes.

Here is the Twitter announcement by the French minister:

In the fire, no casualties were found, but the great organ was destroyed, the glass roof and stained glass windows were smashed and exploded stones were found.

After an investigation for "arson" was opened by the Nantes prosecutor's office and entrusted to the city's judicial police, no break-in was observed in the exterior accesses to the cathedral. The investigators were then interested in those who can access the building and in particular the volunteers of the parish.

Emmanuel, the 39-year-old (at that time) refugee from Rwanda had sent an email to the entire diocese shortly before the fire in which he complained of the non-renewal of his residence permit. He was then under an obligation to leave French territory (OQTF) since March 2020.

His responsibility, was to ensure the safety of the cathedral - it was his responsibility to close the building the day before the fire this motivated the investigations to place him in police custody.

The volunteer was then placed in pre-trial detention a week after the fire in the cathedral. However, he was released at the end of May 2021 and placed under judicial supervision, pending his trial, the date of which had not yet been set. He was then living among the community of Montfortians, led by Father Olivier Maire.

Taken care of in a psychiatric hospital from the end of June to the end of July, the man had returned to the community of Montfortians. https://www.bfmtv.com/police-justice/ce-qu-il-s-etait-passe-lors-de-l-incendie-de-la-cathedrale-de-nantes-en-juillet-2020_AV-202108090207.html