On August 14th  a 7.2-magnitude earthquake hit the southwest peninsula of Haiti. The death toll has now reached 2,100 (updated) people killed. The Haitian government reported that more than 5,700 were injured and more than 30,250 families needed shelter.
The magnitude 7.2 earthquake that struck Haiti destroyed the bishop's residence in Les Cayes, killing one priest, leaving one missing and injuring Cardinal Chibly Langlois.
Father Emile Beldor (Pictured below from Facebook) died of his injuries after the Aug. 14 earthquake. 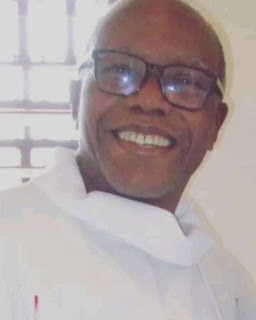 Father Jean-Antoine Coulanges is reported missing. Cardinal Langlois sustained arm and leg injuries, but church sources say his life is not in danger.
Voice of America reported that 18 people, assembled for a baptism, were killed in Immaculate Conception Parish Church of Les Anglais. The diocesan cathedral's roof was ripped off for the second time in less than five years.
These numbers are expected to rise as a tropical depression is affecting the island.
Pope Francis prayed for Haiti and the victims during his Sunday Angelus and mentioned his condolences and closeness to the Haitian people on Twitter.
"While I lift up my prayer to the Lord for the victims, I extend my word of encouragement to the survivors, hoping that the interest of the international community to help might move toward them," the pope said during his Angelus address. He led pilgrims in praying a "Hail Mary" for Haiti, the pope prayed that the "solidarity of all alleviate the consequences of the tragedy." (Edited from UCAN - CNBC)
Below is video of Sacred Heart Church in Les Cayes,
Haiti that was also hit.