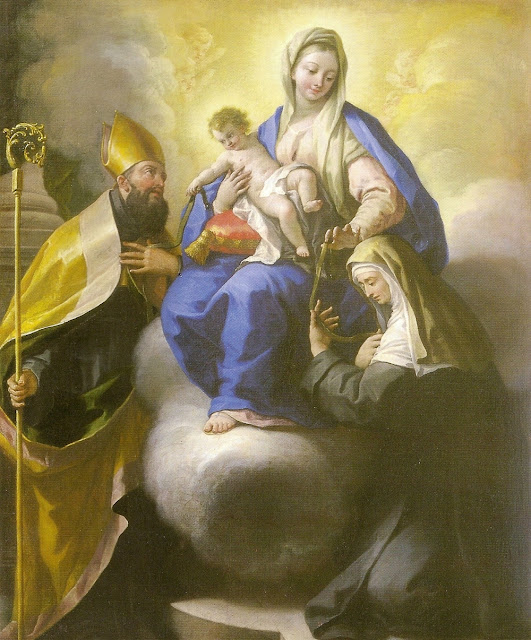 Memorial of Saint Augustine, Bishop and Doctor of the Church
Lectionary: 430
Reading I
1 Thes 4:9-11
Brothers and sisters:
On the subject of fraternal charity
you have no need for anyone to write you,
for you yourselves have been taught by God to love one another.
Indeed, you do this for all the brothers throughout Macedonia.
Nevertheless we urge you, brothers and sisters, to progress even more,
and to aspire to live a tranquil life,
to mind your own affairs,
and to work with your own hands,
as we instructed you.
Responsorial Psalm
98:1, 7-8, 9
R.    (9) The Lord comes to rule the earth with justice.
Sing to the LORD a new song,
for he has done wondrous deeds;